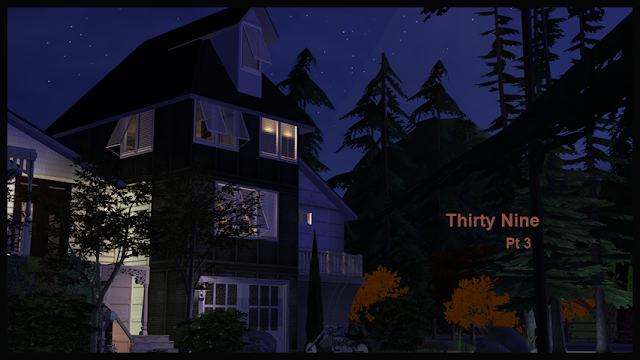 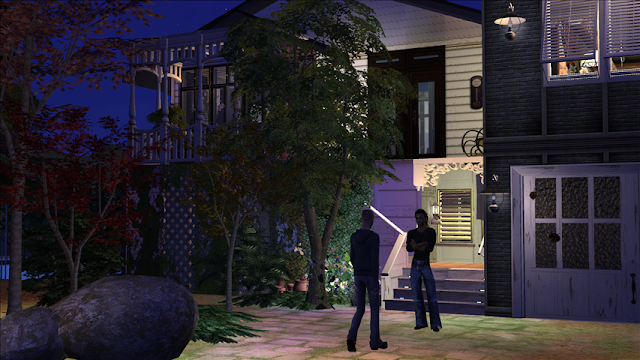 Shooter crossed the road and scuffed through leaves over the flagstones toward the Cliff House.  Rafe was already standing outside watching him and probably watching the girls.  "I see the girls trapped you before you made it up here. They're pretty good, you have to move fast."
Shooter liked Rafe, got along with him, but the man could be intimidating.  He was a journalist, a famous one who did work in dangerous places. He could reportedly shoot like a sniper not that anybody Shooter knew had ever seen him do that so maybe that wasn’t true. Still, he had people over for barbecues and drank beer and laughed at a good joke like anyone else. You just, you know, didn’t want to rub him the wrong way. 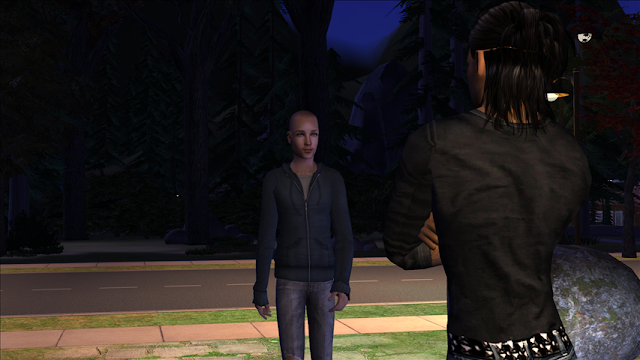 He walked into the light from the porch where Rafe stood looking relaxed. "Yeah, they sure are.  I've got the key here and I sent you the new alarm code right?  I guess we went over everything you need to know, plus you've been in the house plenty of times.   Just, you know, keep an eye on the pipes and the roof when it snows.""I'll take care of it.  Did you get that gutter over the rear deck fixed or should I call someone about it?""No it's okay it's back up on the roof." 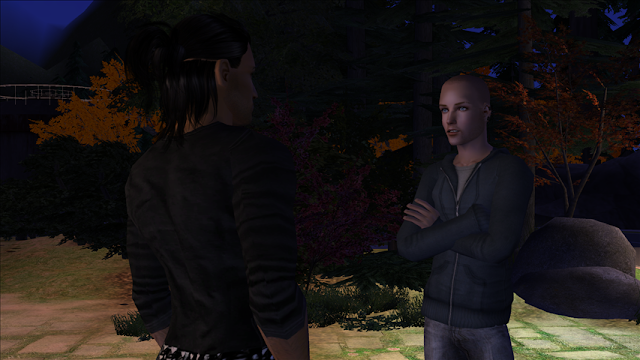 Rafe shoved his hands in the pockets of his jeans, studying him. "You know what I heard tonight? I heard Flight is replacing Duff Tyson with Shaun Holloway and it sounds permanent.  That's sudden isn't it? When did you make that decision?"Caught off guard, Shooter didn't know how to respond. He had no idea what to tell him about Duff. Wary, he tried for something casual and quick.
"Yeah, kinda sudden. Okay thanks and I’ll see you later." Hoping to leave it at that, Shooter handed Rafe the key and prepared to turn around fast and go before he could ask him anything else. 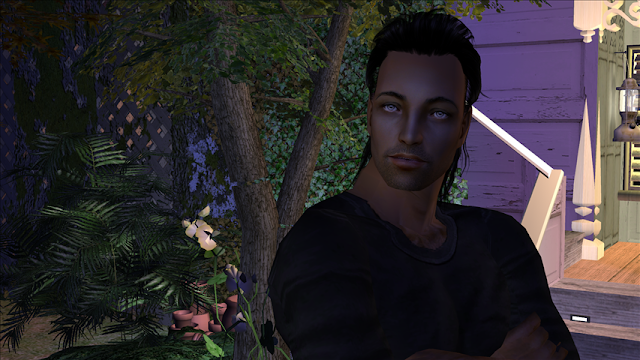 He didn't make it."It's interesting that the band rescheduled multiple times for Alex.  When was the last time?  Oh yeah, when Alex decided to chase Cooper's wife.  I think it was for more than a month right? Why was that? Somebody in distress? I don’t think it was Alex. The only one suffering was Coop. Duff wants to attend a funeral with a young woman who’s definitely in distress.  I know what Rob is saying.  What does Alex say?" 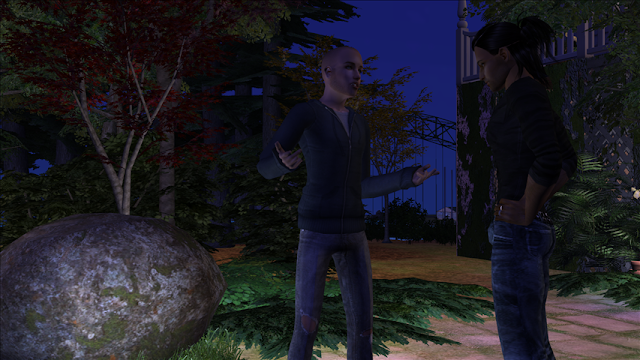 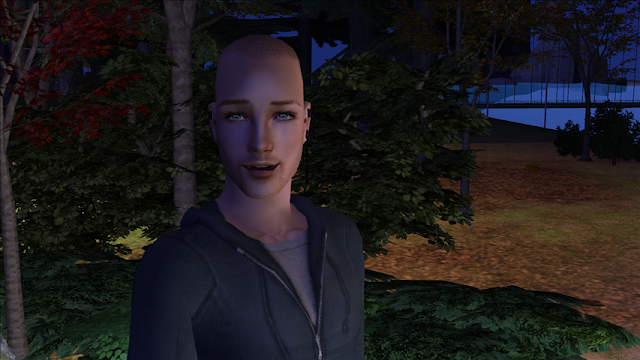 Suddenly stricken with even more alarm, he realized what Rafe might do with all this.
Rafe had been friends with Cooper’s wife since he was a kid and their families were all friends, like Autumn and Hugs and their wives and the older kids.  His son even went out with Rayne.  He knew a hell of a lot about the music industry. It was kind of rare, but he’d looked into some shit in the past and it hadn’t turned out so good for the people he wrote about."Are you gonna write about this?" 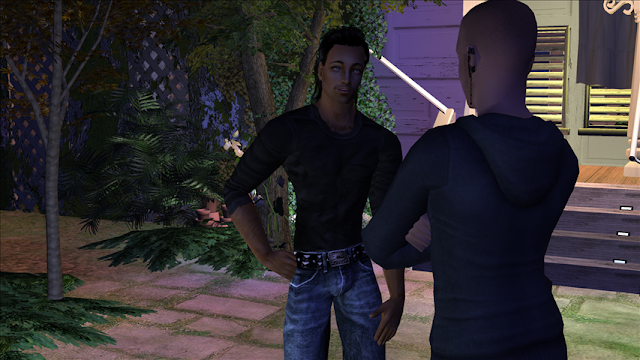 Rafe grinned.  "I'm kind of busy right now Shooter.  I'll take care of your place, no problem at all.  Good luck with the tour." 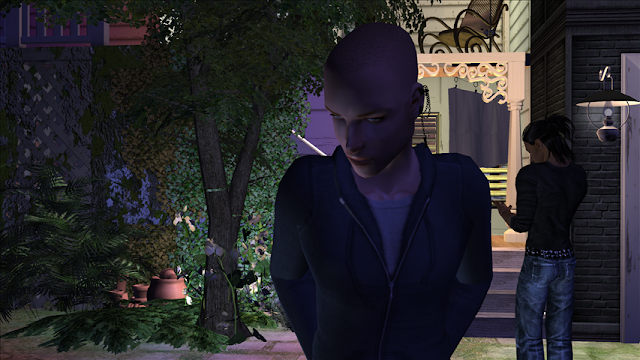 As Shooter turned away, shaken and empty handed, no assurance from the man, nothing, he heard Rafe take a phone call.  "Gemma? What's up? ...No, I don't have any time, won't have any time until the end of next week at the earliest.  What's this about?...Hang on...Yeah Coop, she’s ready to go, 15 minutes sounds good...Gemma this isn’t a good time right now." 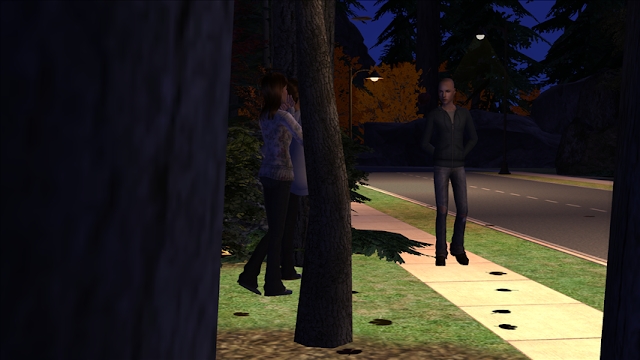 He headed down the road toward home, kicking at dead leaves, angry with himself, angrier with Rob.  What was up with that?   It didn't make any sense even if all you looked at was the tour opening.  Something was wrong. He looked up and there they were again, the two girls, standing on this side of the road now and looking right at him.  They had been within earshot and Hugs had big eyes.  He wondered what they heard and if they understood what they’d been talking about, if Hugs knew about her mother and Alex, or the bodyguard before that.  There were photos of the two of them.  Cooper had a big job ahead of him to protect her from his own damned family.
"Bye," he told them, not knowing what else to say. "I'll send you something okay?  And you know what,  you want to rake the leaves, you can rake the leaves."