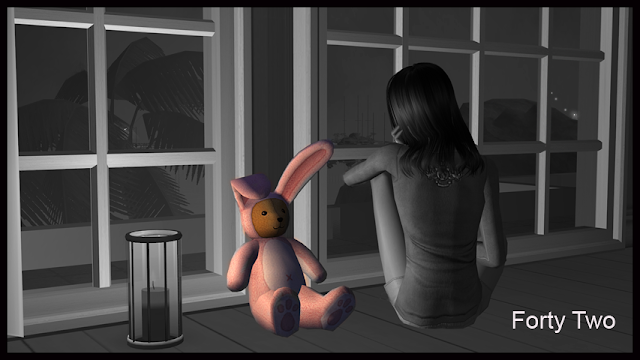 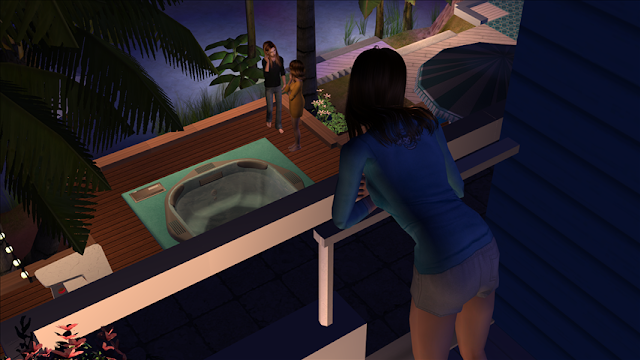 Hugs leaned over the balcony rail outside her bedroom and watched her parents talking and pacing and trying to talk on the phone three stories down.  Nate was going on tour with the band Flight.  He was leaving tomorrow morning.

This should have been a good thing, but like all the things Nate had, he was breaking it. 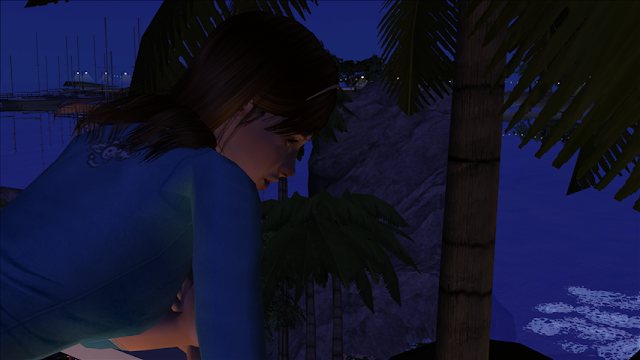 Nate didn't call Dad to let him know.  Nate called Mom.  They'd all been going back and forth - Eric was trying to help Nate pack.  About every five minutes Nate would jerk Dad around by taking the phone from Eric and insisting on talking to Mom.  Mom and Eric were caught in the middle.  When Nate got the phone and Dad was there, Nate would hang up on him.
"He hung up on me!  He fucking hung up on me!" 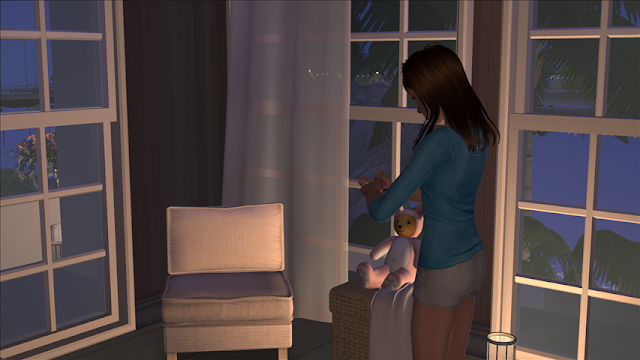 She went back into her room.  Nate kept texting her.

Nobody is fighting except you.  Stop hanging up.

They will.  Go stay with Autumn when they do.

Instead of responding to that, he wrote, What do you want me to bring you?

She didn't want anything from him.  She was pissed at him.  Stop being mean. 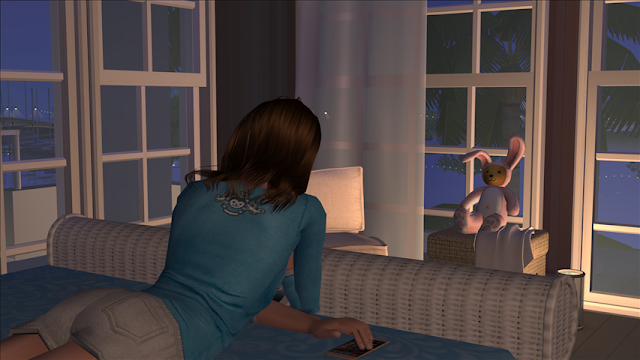 She tossed the cell next to a pillow, stretched out and propped her tablet on the foot of the bed.

Autumn had been online for a few minutes now since she was escaping from the company. If not for the company, she could have stayed the night with Autumn, but it was all right.  It was Colin and she liked Colin.

Autumn was trying to offer moral support about Nate.  Hugs thought Autumn sort of 'liked' Nate and she was happy and excited at first when Hugs told her that Nate was going with Flight and then kinda protective when he started in on it again and people got mad.  Poor Nate, Autumn sometimes said.  It's not fair your Dad picks on him she sometimes said.  She hadn't grown up with him.

Even if he was arguing, he was still going with Flight on the tour.  He didn't like Dad anyway.  Nothing had changed.  Autumn was right though, it hurt to see it when everybody should be happy. 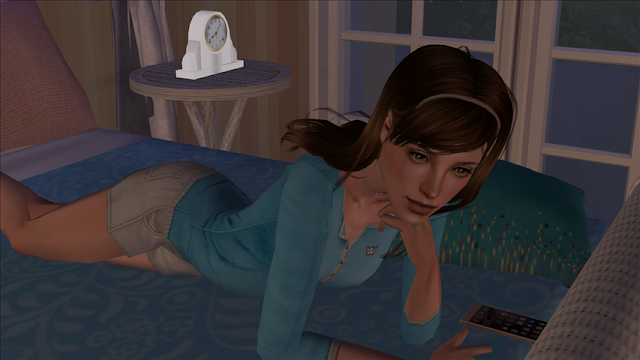 She had her mic on since nobody was in the house.  Autumn was asking about Nate.  "How's Nate now? What's he saying?"

"Nate's a jerk.  He's still telling me to go stay with you.  And he wants to know what to bring me like I care right now."

"Awwww.  Tell him I said hi.  Oh and tell him to bring one of Shooter's t-shirts." 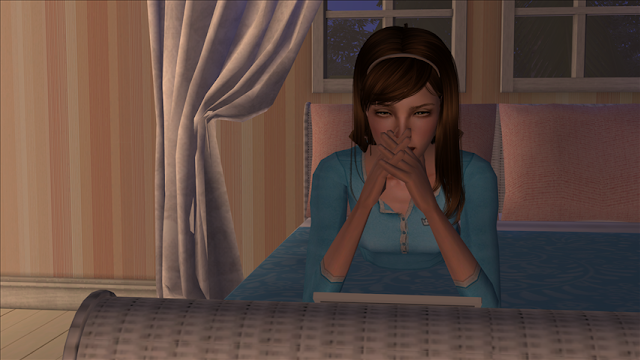 "I'm not doing that.  I'd be embarrassed and he won't anyway."

"I don't know then.  You're right though.  Nic would get me something only a ten year old would wear with unicorns and ponies and rainbows.   By the way have you seen Jay lately?"

That came out of nowhere.  She hadn't seen Jay for months. She hadn't even thought about him so she didn't know how long it had been.  Maybe it had been at Garrett's birthday party when he showed up uninvited and that was a year ago.  He'd finally quit picking on her about Bunny which she definitely remembered from that day but nothing after that. Cautious, certain Autumn was trying to distract her by pulling up Jay from some black pit of possible topics, she replied,  "No why?"

"Because he looks awful.  His hair is all grown out and he has bags under his eyes.  I told him he looks so bad you're going to be totally turned off." 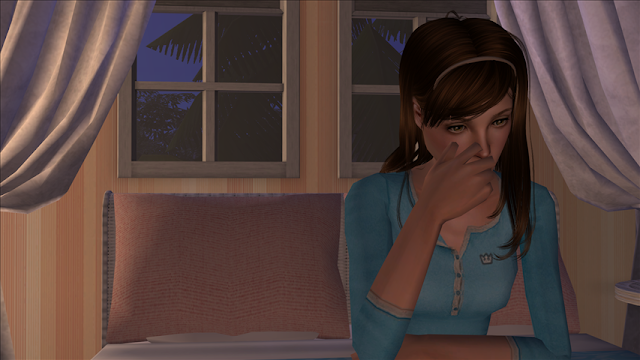 "Why would you say that?  I don't care what Jay looks like.  Why do you think he cares what I think?"

"We were at Aunt Camilla's and he was being an ass like usual and it just came to me.  He does look bad, except he has three stars inked under his left eye which is cool." 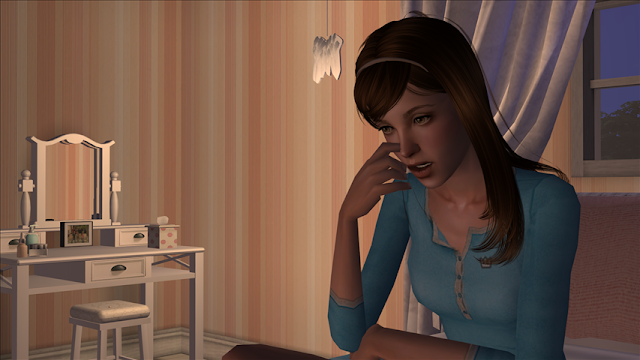 "Well don't make it sound like I care.  Pick somebody else next time."  She thought about it and added, "What are the three stars for?"

"I don't know and I don't think there is actually anybody who cares what he looks like.  Gotta go I hear Dad." 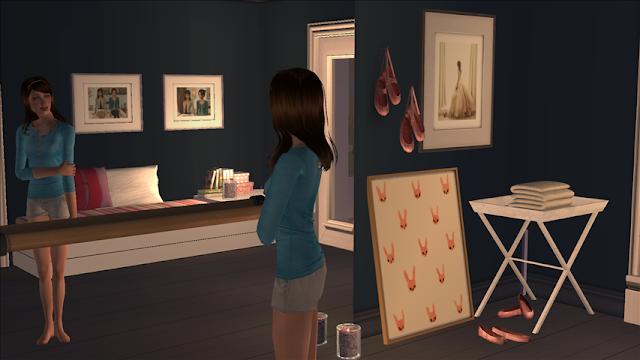 It got very quiet.  She walked through the bedroom into her little loft and studied herself in the mirror behind her barre.  Photos of the two of them, Autumn with an almost identical sweater, hung on the opposite wall.

Why was Nate so angry?  He'd been angry for years.  It made both her parents so upset.

She couldn't sit in her room and pretend nothing was happening.  If she went downstairs, maybe she could help.  Maybe she could make them something to eat. 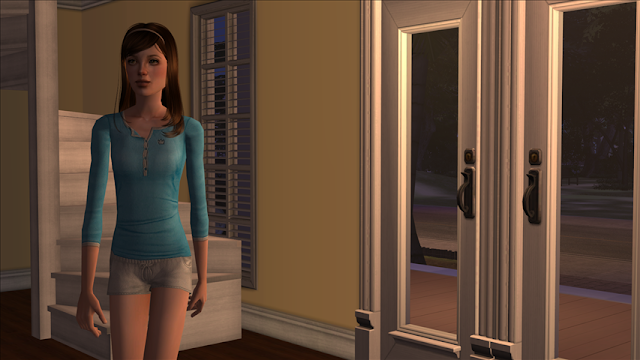 Hurrying down the stairs tip toeing as if it was important to hide, Hugs hesitated before going any further since she had no clear idea what she should do and didn't want to eavesdrop.  Or look like she was eavesdropping.  If she hung back, they might not see her.  If they did, she could just walk out there and they wouldn't mind.

Maybe they were ok now. 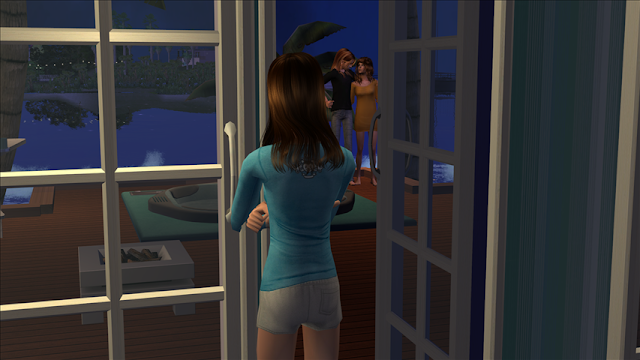 "It's going to be okay Coop.  Whatever happens, we'll get through it." 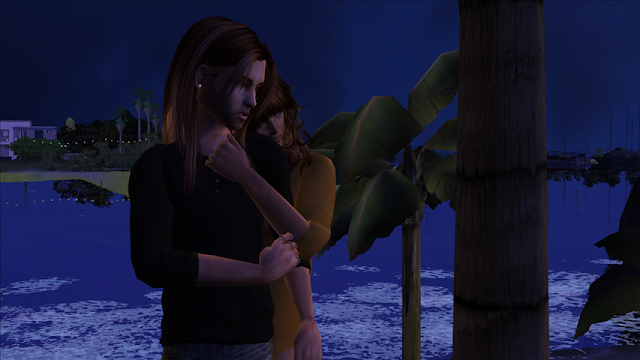 Her father's voice was tight, low and fierce.  "I can't reach Nate baby.  I've tried.  I'll keep trying.  I am going to keep Hugs out of this damned mess though. I don't know how, but I'll pull down the house before I let her get hurt.  Hang on, stay with me." 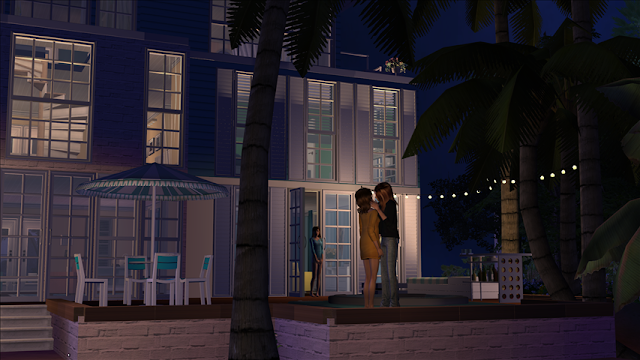 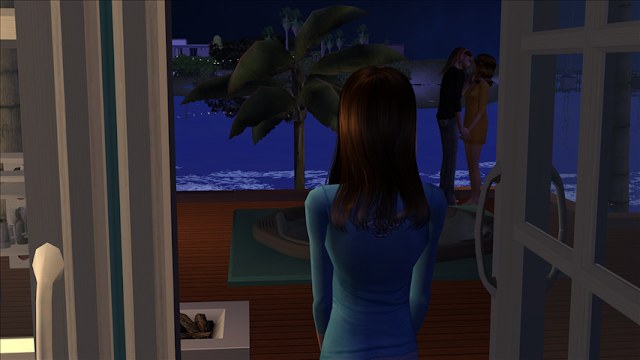 Something was hiding under all the drama, something Nate knew was there, something with teeth and claws, something awful.  Her parents weren't angry, they were scared. 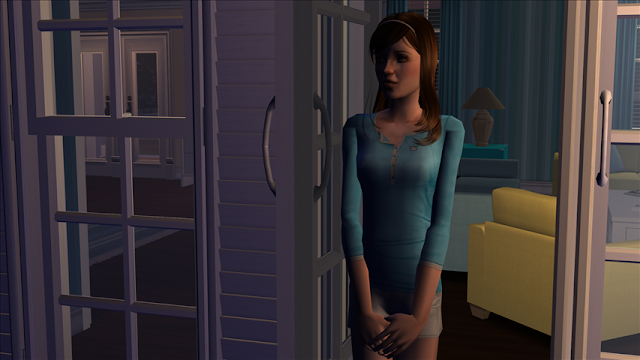 Hugs clasped her hands, watching them.  Whatever it was, she was not going to faint and fall on the ground in horror if she saw it.

I don't need a hero.  He needs to stop trying to be one.