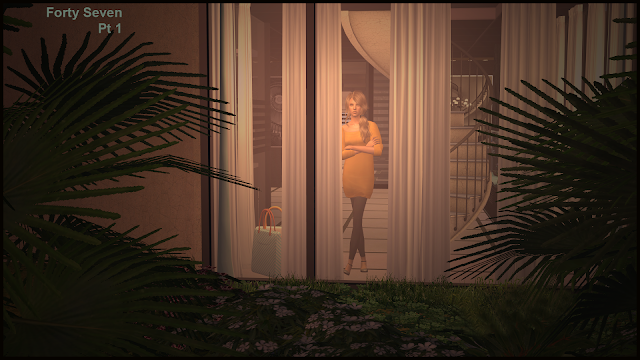 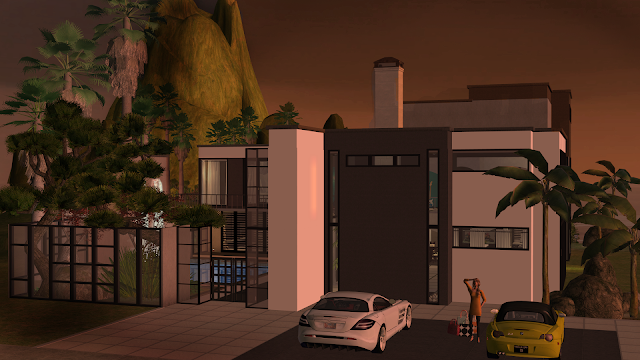 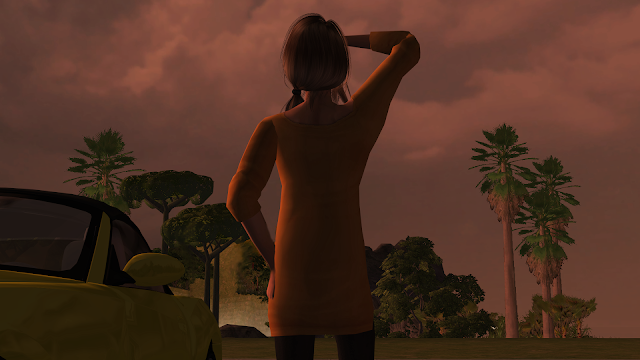 Rayne Stanfield stood in front of Duff Tyson's house, shopping bags at her feet, car at her side, and looked at the light in the sky.

In Sandy Point there was a space of time between the afterglow and the dark when the light was blue, shady, shadowy, twilight, the soft light before and between.  Not here.  The sky was golden and then bam, night fell down hard. 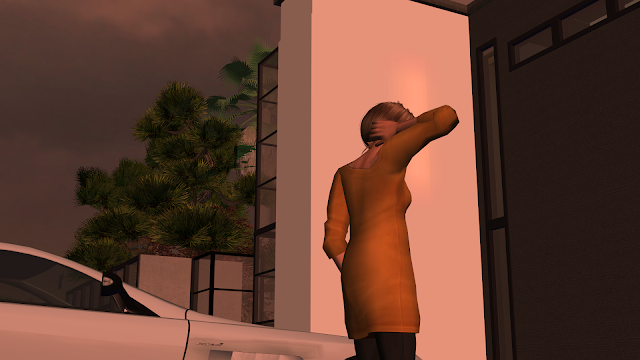 Rayne stopped looking at the sky and looked at the shopping bags at her feet and sighed.  Jimmy's funeral was tomorrow out at Sandy Point.  She thought she needed shoes.  She spent hours looking for shoes, increasingly doubtful, doggedly telling herself she absolutely had to have shoes, then finally stopped lying to herself and bought something for Hugs instead.  She was searching for motion and its distracting illusions not shoes.  It felt better to buy gifts for Hugs anyway.

Hugs had her own light.  Even holding a gift meant for her little sister filled her heart with Hugs' sweet sparkle. 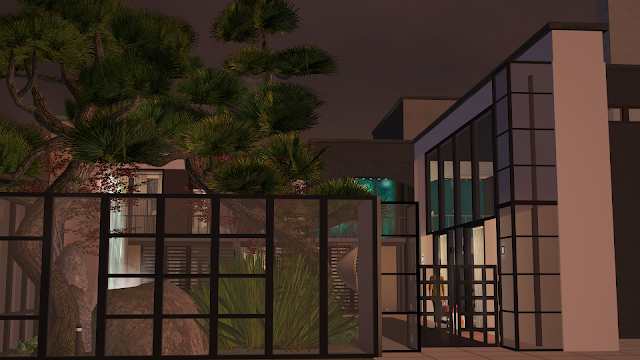 Struggling with the bags she pushed the gate open with one shoulder and dragged and carried them through the gate and into Duff's courtyard, lights beginning to snap on, waterfall glowing as it smacked the pool.  It was always pretty, a lovely prelude to a lovely home.

She shoved the door open and pushed the shopping inside with her foot, and stopped. 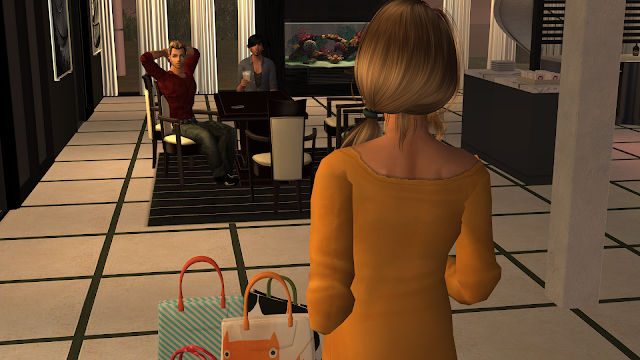 There was Duff sitting at the dining table at the other end of the room, holding a drink, and next to him smiling at her was Will Savage.  She glanced around, expecting to see Randi, uncertain why Will would be here if Randi wasn't, but she didn't see her.  Neither of them said anything immediately, just smiled. "Duff I'm a little later than I thought I'd be, I have some things..umm hi Will...is Randi here?" 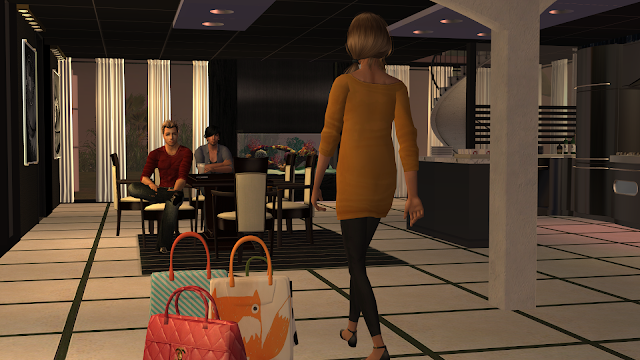 She started walking across the foyer toward them.  Duff set his drink down and crossed his arms on the tabletop, watching her, and Will eased back in that chair which was a little small for him before answering her.

She hadn't seen his car but she wasn't looking in that direction and she was in such a combination of gloom and afterglow that she thought it likely she looked right at it and didn't see it.  "No but the sun was in my eyes.  What's going on?" 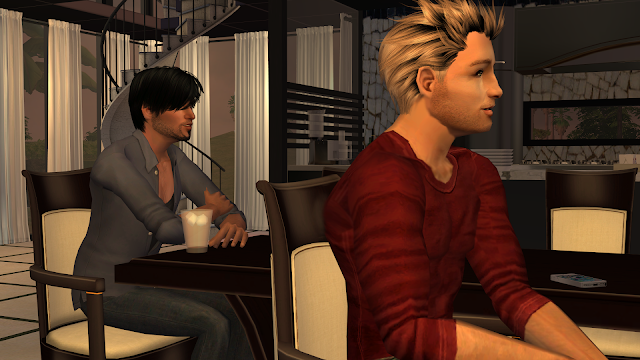 "We are expecting another guest," Duff said calmly.

Rayne just looked at each of them in turn, uncertain, seeing no alarm.  Duff seemed relaxed. Will kept glancing at his cell.  "Who?"

Will shifted again in the too-small dining chair.  "Camilla Lombardo.  I got a call from her a couple of hours ago asking me - well telling me to drive over here.  So here I am." 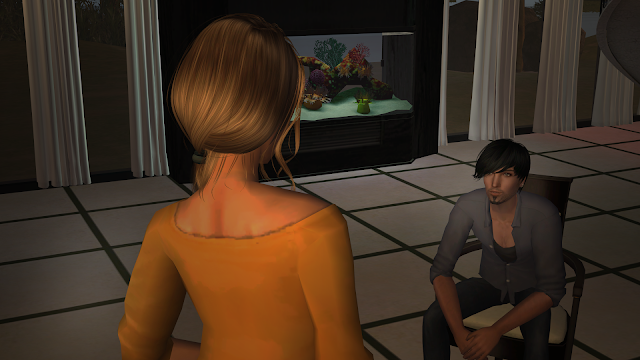 Rayne stepped over the shopping bags and walked down the length of the dining room.
Duff pushed back from the table and looked up at her, hands loosely clasped between his knees.

"Camilla?" She looked from one of them to the other. This wasn't funny.  Not that they were laughing but they didn't look as if they expected her to be bringing a cake.  "Why is Camilla coming over?  Will, what did she say?  Why does she want you here?"

Will shrugged. "You know how she is.  Do it or else.  It sounded urgent otherwise I wouldn't have come."

"Cara,  she said something similar to me. I thought it best to wait for her explanation once she's here."  Duff paused and then added dryly, "She can be difficult to understand over the phone." 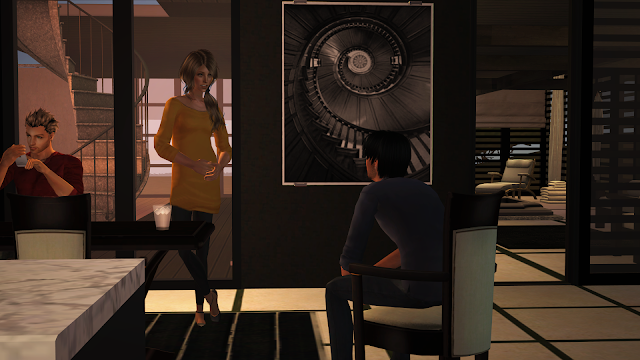 Will's cell buzzed.  He glanced up at her and said, "I've gotta take this.  Business.  Sorry."

Like she cared since he obviously wasn't going to tell her anything.  Rayne turned her full attention back to Duff who was still very calmly watching her.  "She had to tell you something.  Camilla doesn't just show up."

"I do not know.  Whatever she wants Will and I will take care of it."  He looked pointedly toward the front door.  "Move your shopping -" He caught himself, paused and started again.  "You should move your shopping away from the door, perhaps take it upstairs.  Camilla can be unpleasantly inquisitive." 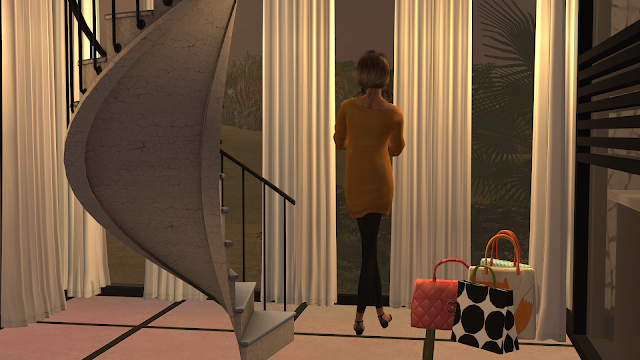 She crossed the room again, grabbed the bags and hauled them past the table while Duff offered to help.  She politely declined.  He accepted the declination, treating it as an offer instead of permission and that was progress for both of them. Once at the foot of the stairs she dropped the bags though and stood at the window and looked at the golden light outside. 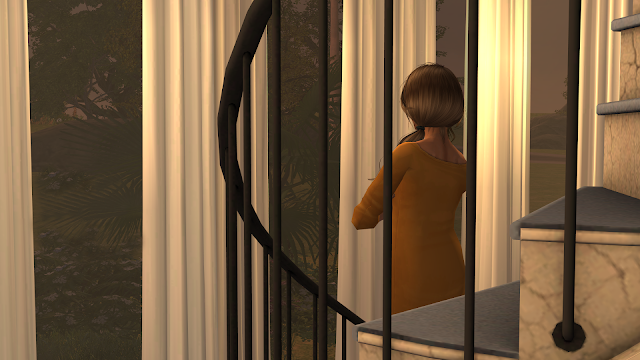 What was this?  Why these two men?

What did Duff and Will have in common?  They lived in South Beach, they knew the same people, they were both good looking, and they were both rich.  That combination was true of a lot of people living around the harbor though.

There was something else.  They were both connected to her.  Camilla had not asked her to be here like she had Duff and Will.  She didn't want her here.  That was not an accidental omission.

That was an ominous thing. 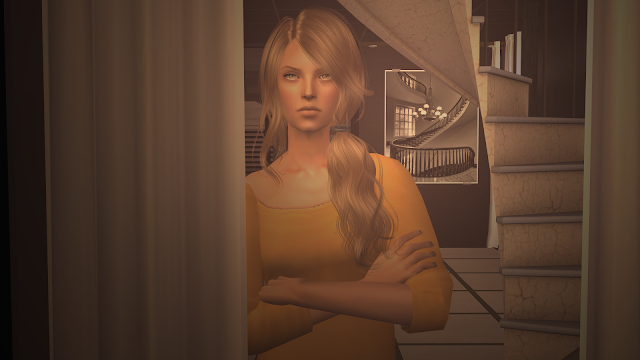 Camilla didn't  dislike her, and she didn't dislike Camilla.  Camilla had covered for her when she was about fifteen when she snuck out and showed up downtown at a bar.  And there had been other things and times.  However, as she'd gotten older Camilla's attitude changed for the worse which she'd never understood but wondered if she was somehow 'tainted' by her mother.  That would be ironic considering her own opinion of her mother.

Whatever the reason, Camilla did not respect her.  It was personal.

Now what.  She could go sit down with Duff and Will at the dining table, a little group of captives waiting for instructions. 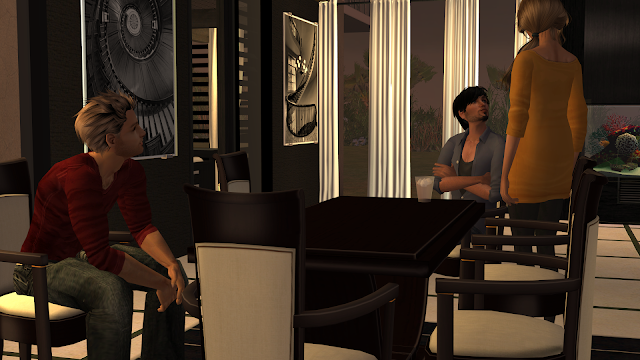 "I'd rather go out and wait for her in the courtyard."

Duff studied her for a moment.  "Greet her outside if that's what you want to do."  He was no longer smiling.  He was worried about her.  Rayne touched his shoulder.  He was suffering from his own loss, the break with the band he loved, no clear future, and on top of that trying to shoulder her problems all himself.  "It will be fine," he assured her.

Maybe.  The things she intended to fix never stayed fixed so except for holding onto him, she didn't know what to do.  She wouldn't try to fix things for Duff.  Not only was she likely to mess it up again, he wouldn't allow it, and he would be right. 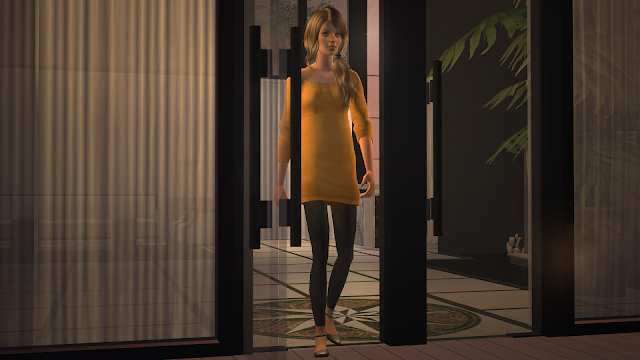 Back she went through the heavy door.  The waterfalls bounced.  An early owl called to another one.

Headlights ran a yellow streak down the middle of the road, an engine roared and settled into silence, and a car door opened and closed.  It was efficiently closed.  It wasn't slammed. 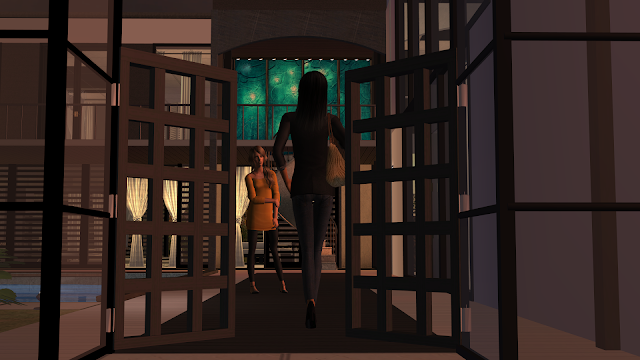 One step at a time high heels clicked across the pavers and the gate swung open and hung there, half open, half closed, like a magic gate, the gold hour light still blooming through the grid. 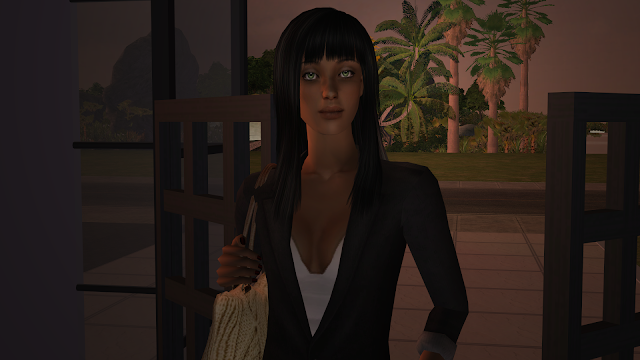 And there she was.  The Lombardo.

She looked a little surprised to see her.  Maybe Duff had told her she was out, if Camilla had asked, and Camilla might have asked if her interest was in knowing whether or not Rayne would be there, as in hoping she would not be. 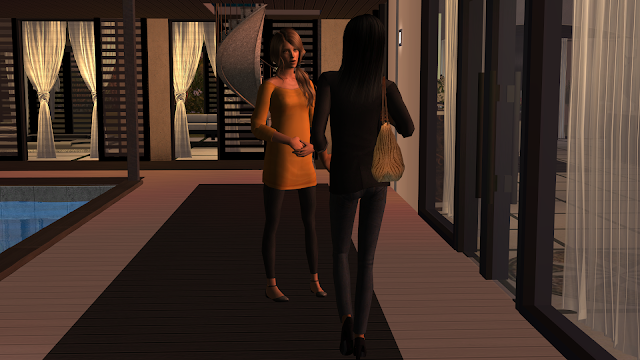 Camilla walked on up and then stopped a few paces away since Rayne was blocking her.  She looked at her curiously, still silent, glancing inside the house where she obviously wanted to go and waste no time getting there. 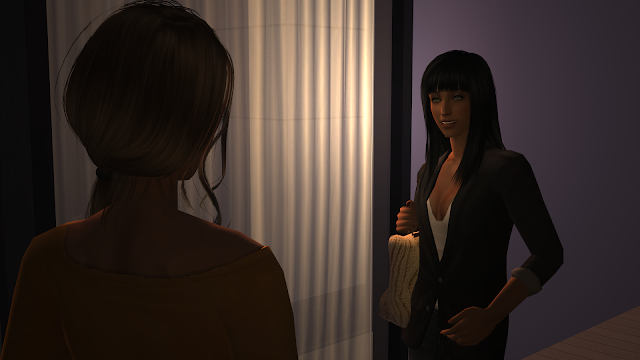 The light from inside the house flashed on her face.  Camilla shrugged.  "You live here.  If you didn't live here I'd probably ask you to leave because you have nothing I need and a lot of things I don't.  I have something important to do Rayne so come on inside and try not to get in my way." 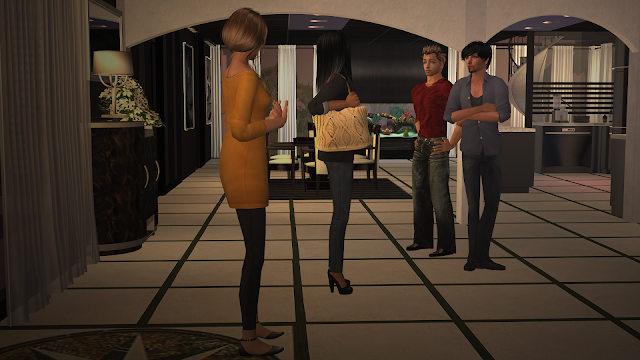 So she did.  Followed her inside just as she was told to do.  Duff left his drink on the table, Will put down his cell and they were waiting together in the big quiet foyer.  "Hello Camilla," Duff said in his even voice.  "Come in please.  Can I offer you something to drink? "

"No thank you."  It was probably the shortest sentence Camilla had ever spoken in her life.

Will had driven a long way from campus to get here and he was less polite.  "What's going on Cam?  Why'd you call me out here?" 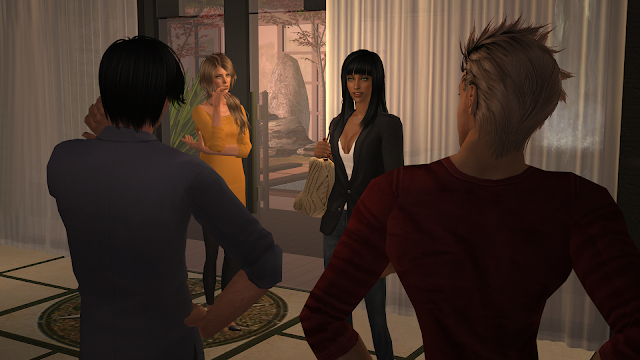 She shifted the purse on her shoulder and smiled.  "Thanks for driving all that way because I need to talk to both of you.  We're going to buy the studio.  We're going to work it out tonight and I'll finish the paperwork and deliver it tomorrow morning." 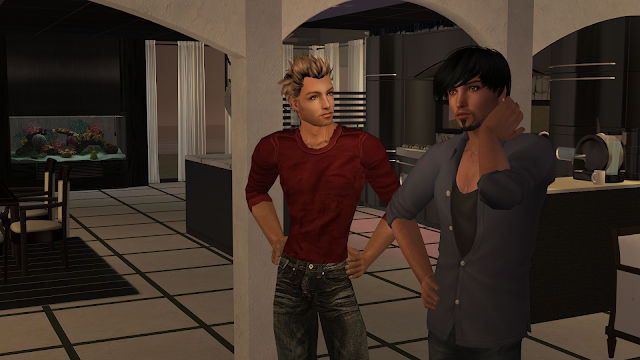 Nobody said a thing.  Will stared at her then stared at Duff as if he expected him to interpret.

It was Hitman.  Camilla was talking about buying Hitman.  She had to be.  Rayne began to shove thoughts around searching for something that made sense while they all crashed off her mental shelves and landed in a messy pile of useless stuff.  One of them fell open.  Somebody had crossed Camilla and she was fighting back by buying the studio.  Why?  What in hell did the studio have to do with anything?

Duff asked her, "What studio do you mean, Camilla?  What are we buying?" 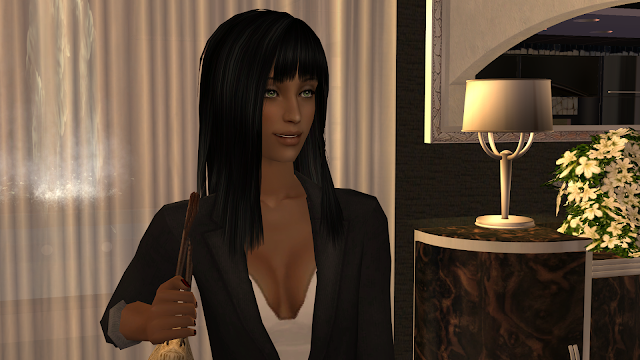 Outside the night suddenly banged right down on them.  Gold hour gone, dark in residence.  The house lights all came on.

Camilla kept smiling.  If anything, she smiled more.  "Hitman of course.  We're buying it for Slim.  We're buying it for Coop. We're buying it because the woman hit on Heydon."  She drew a happy breath.  "She won't do that again and she won't get the studio either.  We'll buy it and you can run it since Duff has the time now and Will is really good at running things." 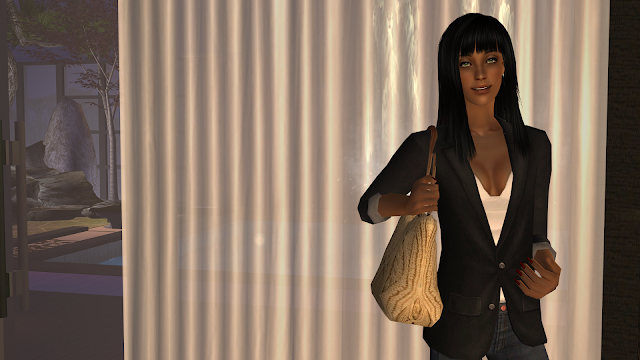 Nobody said anything or asked any questions.  They all just stood there like people did when Camilla delivered something strange that involved them in ways they probably wouldn't like but would do anyway.

"This will work I know exactly what she is and we can make it work. She won't know what we've done until it's exactly too late and there will be exactly nothing she can or ever will do about it.  I know people like her.  I've known them my whole life. They try to hit you and never think you'll hit them back so they don't even bother to duck."  She paused again, looked down thoughtfully and then back up at them.

"Also she's wearing last year's lipstick and she doesn't seem to know that either." She added that, in all sincerity, and kept on smiling. 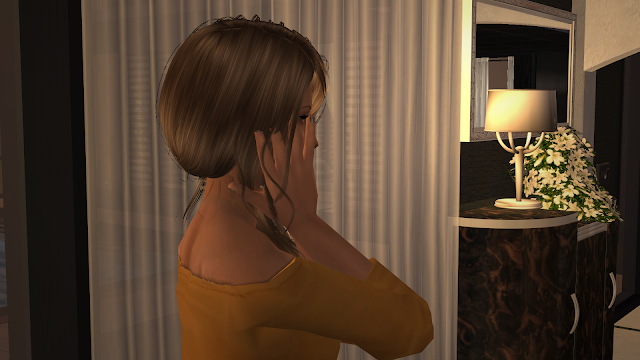 She was caught between disbelief and sheer stunned exhilaration.  Captured there.  Nailed to the floor in the lamplight.  Oh my god it was Gemma.  Camilla Lombardo was going after Gemma Wilson.