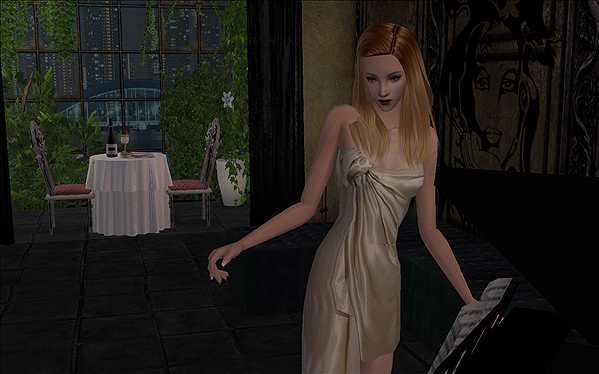 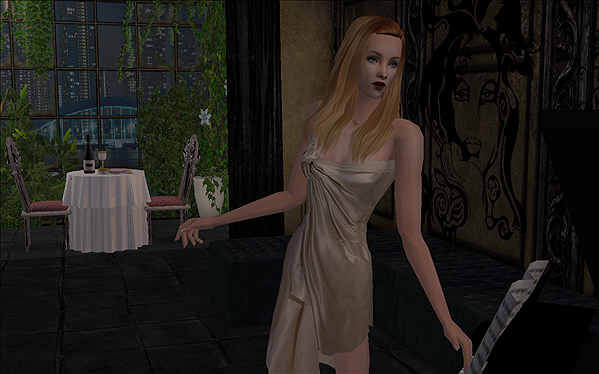 Dani made her way up the stairs to the mezzanine level and her favorite and always reserved table near the window overlooking the city. The piano where Alex used to sit and play was still there. She trailed one hand across the polished top as she passed, and, when she heard his voice, for a moment she thought she imagined it. Dark and rich and charming, it was definitely Alex. "I was thinking, I'd like to get away for a long weekend, maybe after the RMA's, maybe somewhere you could wear that green dress. The one that matches this...right under there." 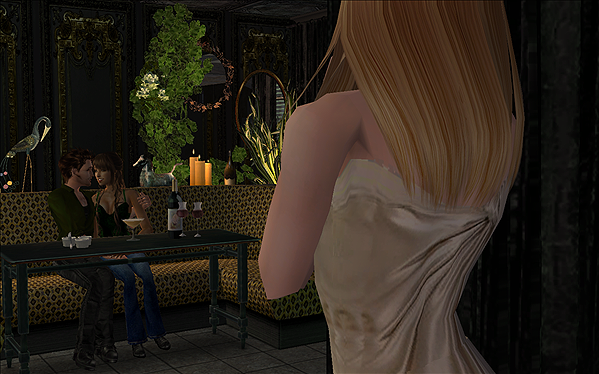 It wasn't her imagination. He was seated not ten feet away, leaning back, long legs tangled under the table and his attention focused on a woman she had never met but she recognized. Cooper Stanfield's wife, the woman some people considered Cooper's biggest problem, the major mistake in his life. Dani took a step back, considered leaving, she didn't want to make an awkward scene for Alex, and then paused to take another look at her. Perhaps there was some slight resemblance to Alex's first and last wives, perhaps, but Alex had never had a type and this woman really did not look like any of them. Any of us, she corrected herself silently. 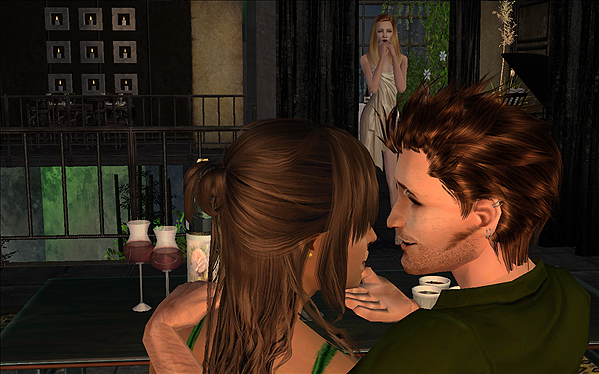 Beth Stanfield laughed and leaned into Alex, the motion slow and flirtatious and sensual, her arms bare and shining. Whatever she said was pitched too low to overhear but Alex responded the way Dani knew he would when he was on the chase and serious about it: he took her hands and kissed one palm before stretching back. He gave only so much while promising more to come. Flushing slightly at the gesture, remembering what it felt like to be the center of Alex’s world, Dani decided it was best that she leave. Her emotions were still a little raw after he told her that their interludes would need to stop. 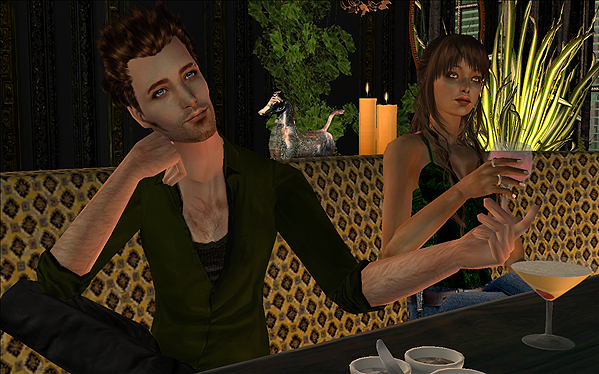 Before she was able to discreetly slip away however, Alex locked eyes with her, smiled and waved for her to come over to the table. Putting on one of her best smiles, Dani drew a quick breath and approached them. 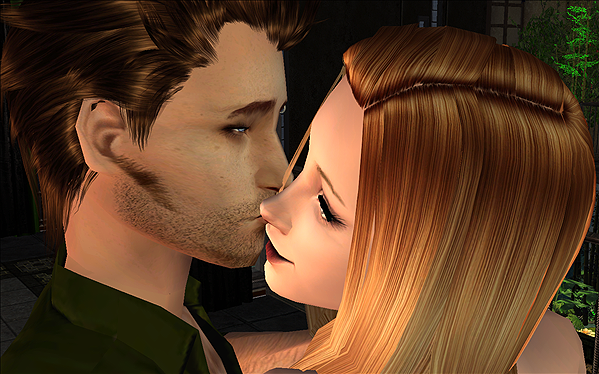 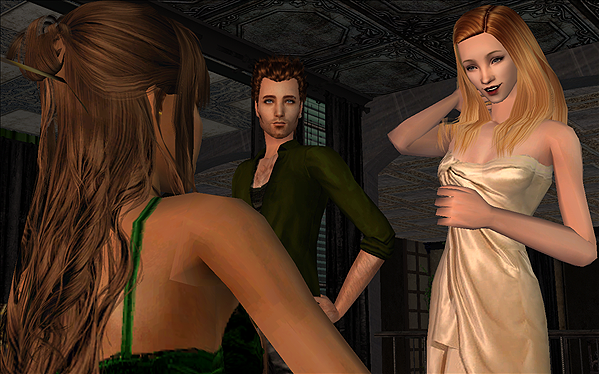 Alex stood and kissed her lightly on the cheek before making introductions. “Beth, I’d like you to meet Danica Cole. Dani this is Beth Stanfield.”

Smiling down at her Dani laughed softly, “I’m ex number three just in case Alex hasn’t given you the blow by blow of his wives. I’m very pleased to meet you.” Beth Stanfield smiled back, keeping whatever discomfort she felt well hidden, a small shadow under the hem of that smile. 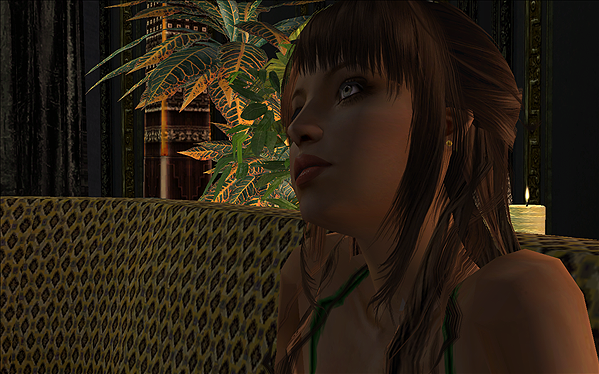 “I loved your spread in Vogue last month.” She had a soft almost childish voice, not the sexy voice Dani expected. Not the voice Alex had chosen the last time. She had too much cheek for photography, a face too full, a body at least ten and perhaps fifteen pounds past what Dani would ever dare to carry. Beth put both hands on the table, showing off lush cleavage, a move that may have been deliberate. “My little girl loved it. She thought you looked like a princess. It’s a pleasure to meet you, too.” Beth looked up out of long light eyes, watching, curious, and a little guarded. 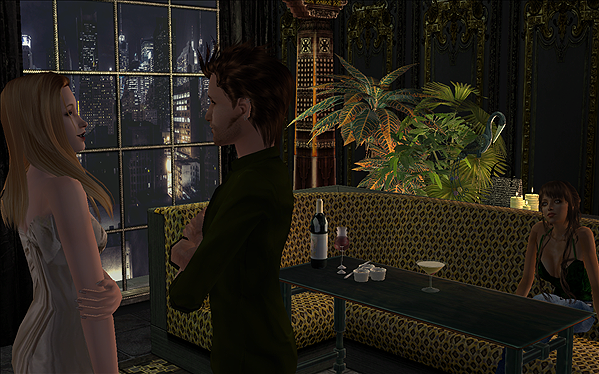 She was friendly and gracious, unlike the last one. Alex had chosen very well. And there were children - despite her best effort Dani could not prevent her smile from slipping just a little. As she tried to come up with a graceful way to leave Alex asked her what she was doing there. Was she meeting someone? She stepped back a little and said, “I’m waiting for a friend, yes. I am doing a spread for GQ with Chase Westbrook and we’re meeting here to discuss it. You know, our - my usual table near the window.” 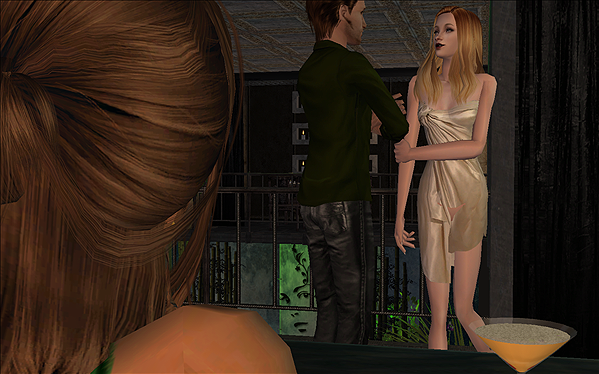 “Yes, I remember.” Alex’s voice was soft and low, a deep caress, and it sent chills down her spine.

“I really should go. Again, it was so nice to meet you Beth. Alex - you take care.” Alex embraced her warmly and murmured his goodbye then sat back down turning his attention back to Beth. 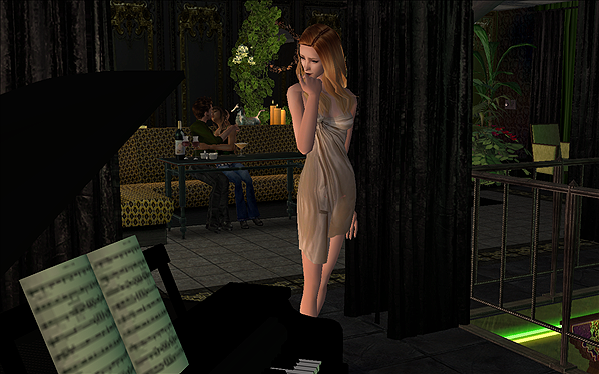 His scent still lingered as did the bristle of his beard against her cheek. Dani walked away, heading back toward her table and tried to manage her feelings. She had no right to be jealous and in fact she wasn’t. Drawing her lower lip between her teeth to keep it from quivering, Dani composed herself, lifted her chin and moved forward. 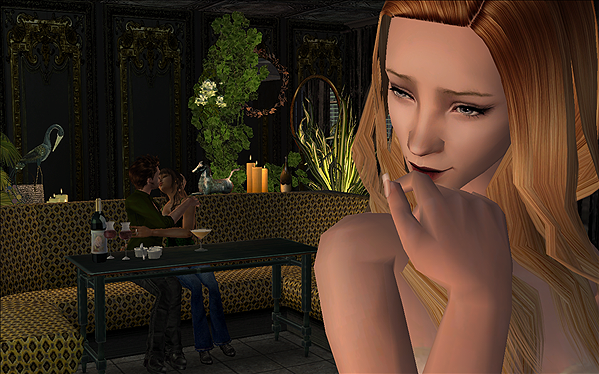 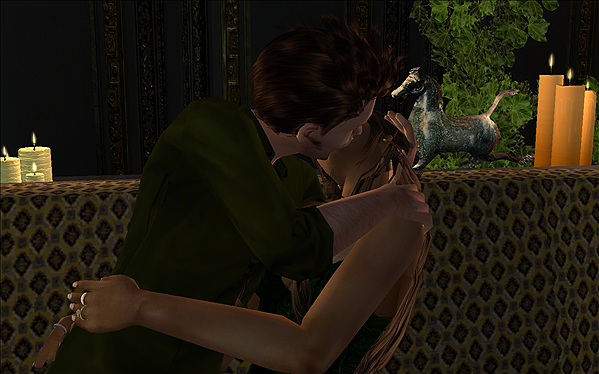