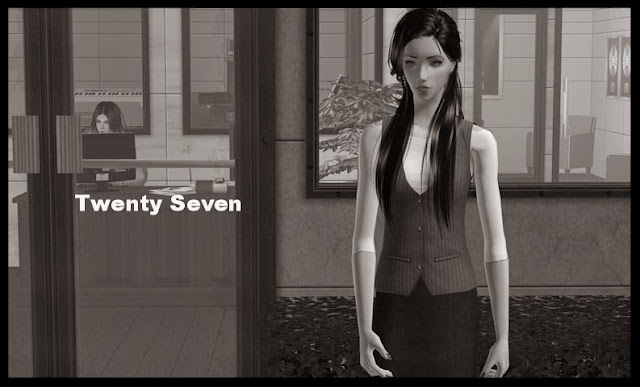 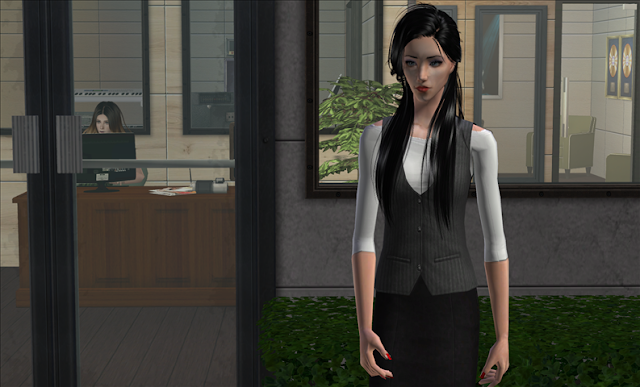 Gemma waited impatiently just outside the entrance to Hitman Records. In the distance, gray clouds hinted at an impending storm. Perfect. After the news of Jimmy's death, she was uneasy about where things stood with Brew. She combed through the contract last night looking for some way, some small thing she could use to salvage the deal. It didn't look good and she knew it. But she had stuck to her agreement and kept quiet about Cooper, about that night, about everything. That had to count for something. Cooper was with his wife and things were good with them or so they appeared. Maybe he'd be benevolent for no other reason than for Rayne. 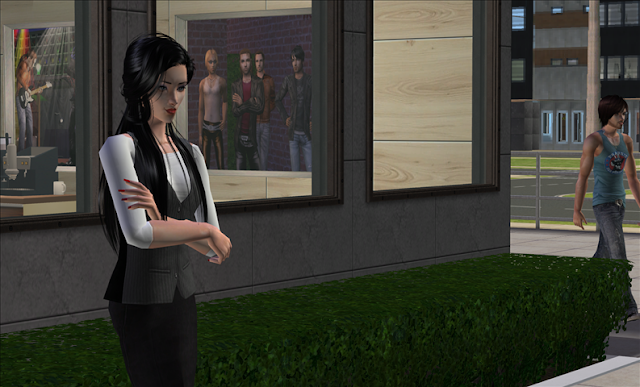 She also needed to deal with damage control over the press. She was angry that Vince, Brew's bassist, couldn't stop spouting off to the media despite her repeated warnings. Vince had become a ticking time bomb, always wanting to cut Jimmy out. Jimmy was the talent of the band even with his demons. Vince couldn't care less that he was dead. Woody was a different story. He had taken the news hard. She hadn't heard a peep from Rayne but wasn't surprised. The girl was undoubtedly devastated over Jimmy's death.

Then there was Judy insinuating herself into everything. She'd been a small time reporter in Sandy Point who latched onto Brew and Jimmy early on. She'd hung flyers, wrote about the band, and occasionally screwed Jimmy. That ended when Rayne came along. Now Judy was spreading rumor and innuendo about a supposed relationship between her and Jimmy calling herself his fiancee. What a cluster fuck. 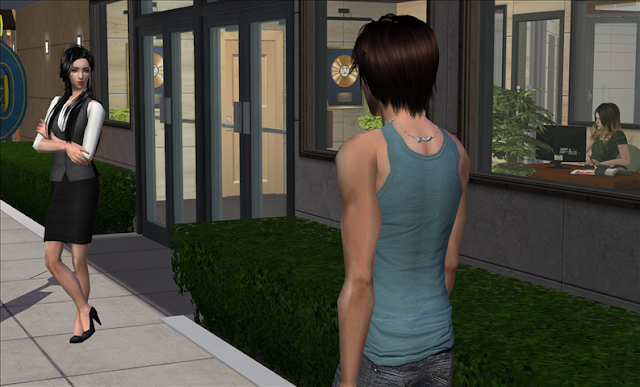 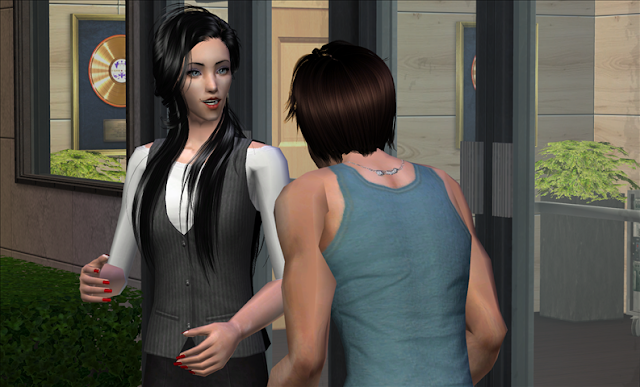 "Gemma." She looked to her left and saw Woody approaching from the parking lot.

"What are you doing here? You know you didn't need to come. I can handle Cooper." She placed a reassuring hand on his arm and smiled softly. Woody looked like hell. 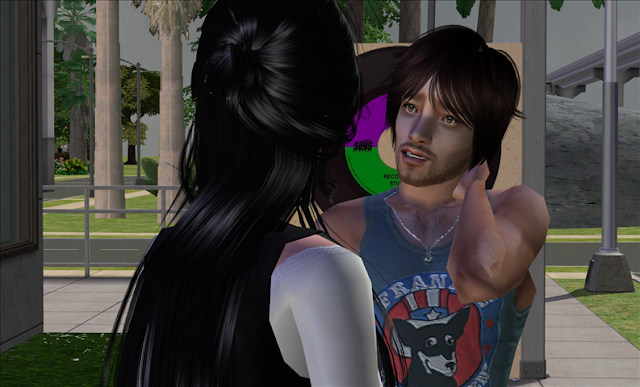 "Someone should be here to represent the band besides you Gemma. Better me than Vince. Him and Judy are like two peas in a pod plotting and planning their next move. Me, I just need to know where we stand." Woody shifted uncomfortably. "Jimmy's got a baby sister somewhere, maybe Baton Rouge. I don't think she has much money. We could help her with some cash to bury him not that I know what Jimmy wanted." 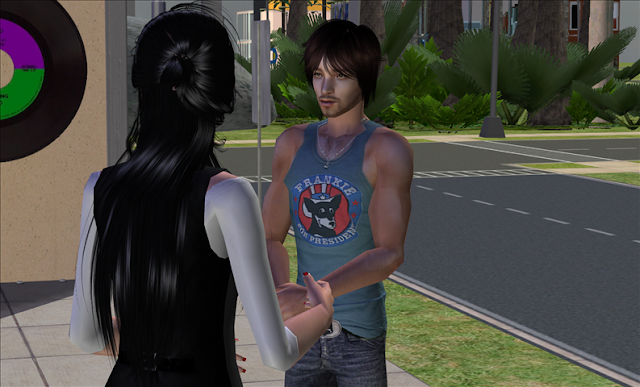 She didn't want Woody here but the poor guy had good intentions. In fact, his presence might help their cause. The poor kid was beyond distraught and grieving. "Look, I'll let you stay but you have to keep quiet. Let me do all the talking. I know what I'm doing and I can handle this. Got it?"

"Okay, got it. You just make sure we come away with what's owed us. And Gemma," he hesitated briefly, "thanks." 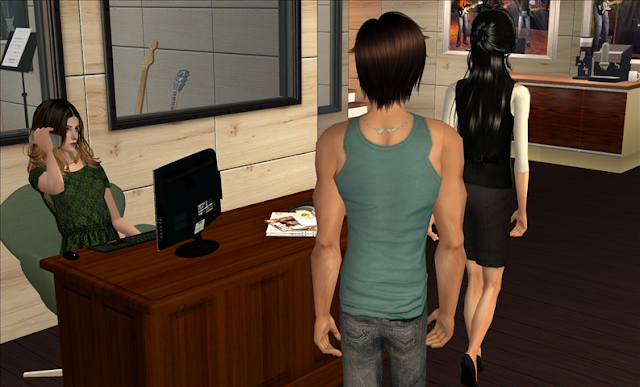 Gemma walked up to the front desk with Woody trailing behind. The girl behind the desk made a call and then instructed them to head up to the office. Standing outside the door, she drew a deep breath, gave Woody a last reassuring smile, and then opened the door. 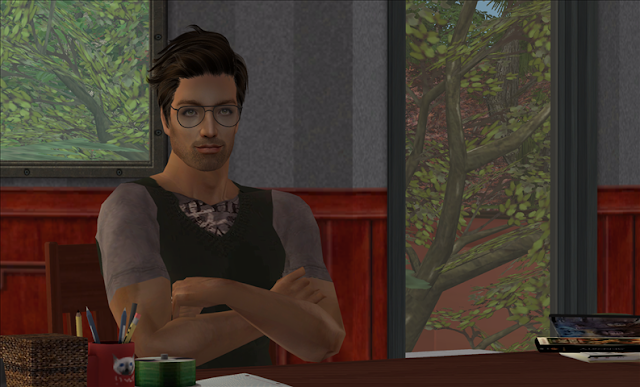 What the hell? Slim reclined behind the desk with his arms crossed and a smug look on his face. No, this was not what she expected at all.

"Sit down." He gestured toward two chairs on the opposite side from him. 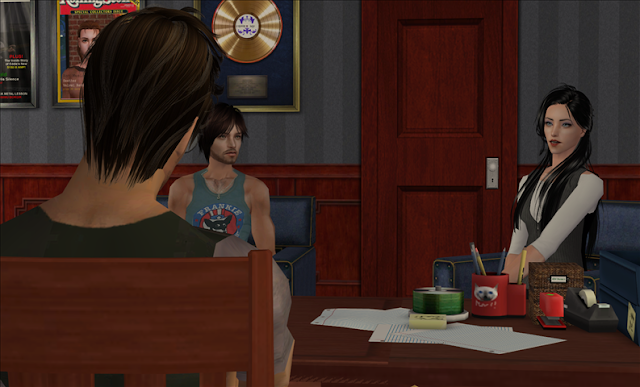 "Where is Cooper? I expected to take this meeting with him. He offered the contract after all." She sat and motioned for Woody to follow suit. Allowing Slim to intimidate her was not an option. She needed to stay in control. 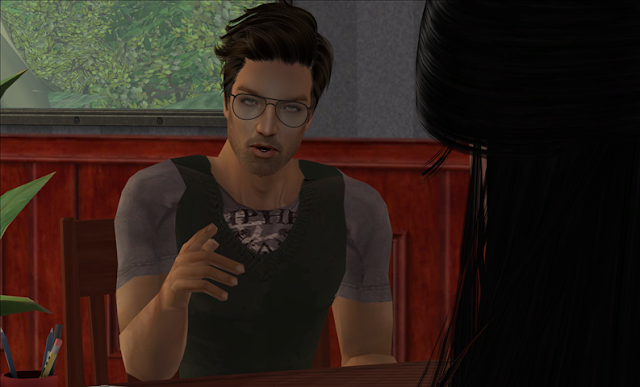 "Coop offered the contract but I'm the one who wrote it. You'll deal with me." He pushed a stack of papers in front of her. Some of the lines had been highlighted in yellow, each highlighted paragraph punctuating her greatest fear. She read through it quickly. She read it again and with each emphasized sentence her confidence waivered. 'The artists will produce, record, and release an album within the first six months of signing…this contract will terminate immediately should the artist James Avery Breaux be unable to remain clean and sober for the duration…no further money to be paid…' The contract was null and void. Shit. She might have been able to spin something to her advantage if Coop was here. Dealing with Slim exponentially decreased her chances of coming out of this with anything for her or for Brew. Gemma risked a glance at Woody who studied her hopefully. She had no leverage save for one Hail Mary and at best it would be grasping at straws. 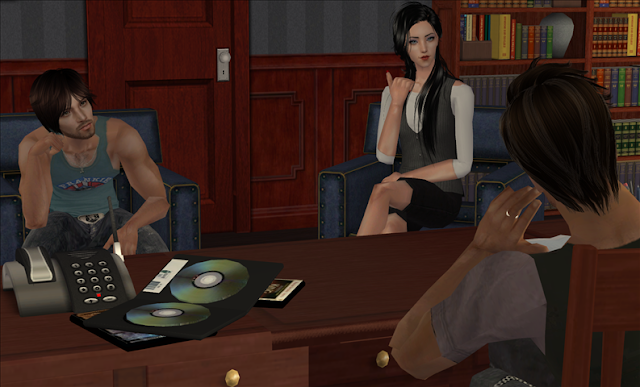 She leveled her gaze on Slim. "We don't know how or why Jimmy died as of yet. For all we know, foul play could be considered. We still have time to finish the album and release it. While Jimmy's tragic and accidental death is unfortunate, a new vocalist can fill in until we replace him permanently. And of course Rayne will want her father to honor Jimmy's memory as well as the contract for no other reason than she would want it that way. She was never happy with the way Cooper treated him. It could go a long way to mend fences." 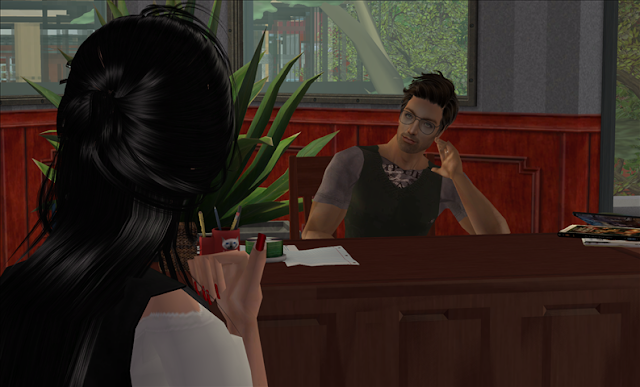 "No." The desk chair creaked as Slim sat back. A self-satisfied grin lifted the corners of his mouth while he held her gaze as if he'd won.

She fought against the anger simmering in her gut, reaching instead for a more tactful and professional approach. "Be reasonable Slim. We have enough material to release a posthumous album which would sell for the sheer fact that the artist is dead. You know how people buy into tragedies like this. These boys shouldn't pay the price…" 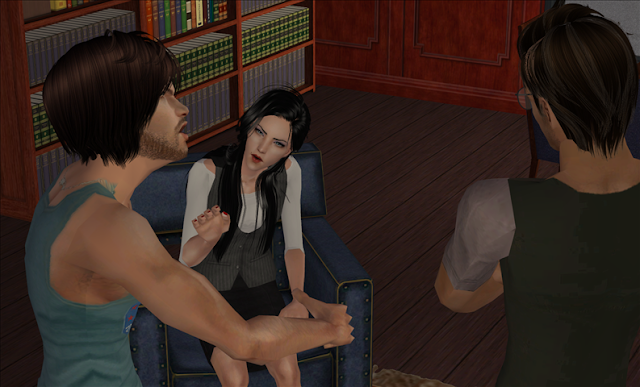 Slim rose from his chair and walked around the desk until he loomed over her. His menacing stance meant to intimidate her, she was sure of it. He leaned back on the desk. "I said no. Hitman wants no further dealing with Brew, its remaining members, any unfinished album and most importantly with you. You are some piece of work, lady. We're done here."

Woody flew out of his chair. "You can't do that! It's not our fault! We wanted to replace Jimmy but Rayne wouldn't let us! This is her fault! We need that money!" He swept his arm across the desk scattering the contract over the floor. 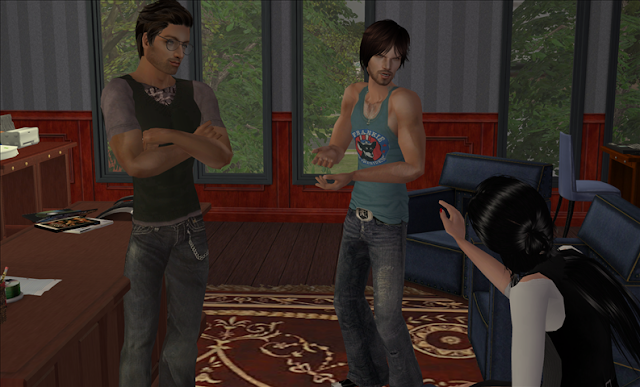 "Woody, stop talking and sit down."

"Like hell I will! You said you'd fix this! Judy was right; this all comes down to Rayne screwing Jimmy over. She killed him!" Woody smacked his knuckles into his palm emphasizing his anger and frustration. She understood his emotion all too well. 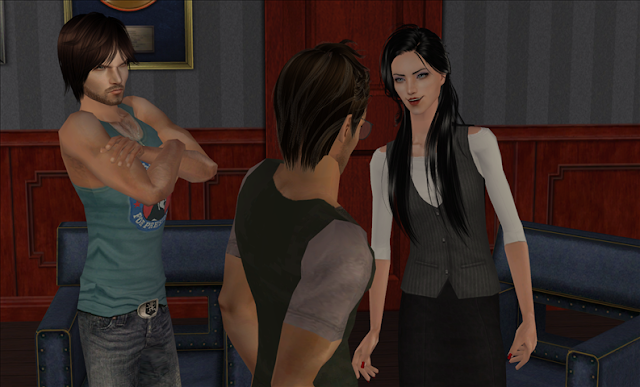 Gemma rose and leaned toward Slim. He wanted to play hard ball? Fine, she had her own potentially nuclear weapon. She had one final hand to play, one trump card she'd hoped she wouldn't need to use unless she was out of options. She'd always known Slim fought against writing that contract. She'd never get anywhere attempting to reason with him. "I want to see Cooper." 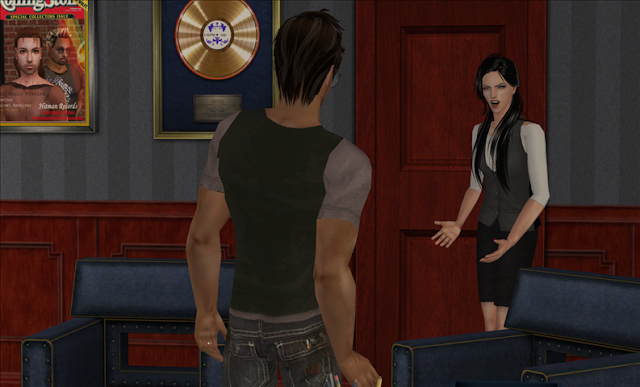 Gemma turned and marched toward the door. Damn his arrogance. "Woody, wait for me in reception." She watched him descend the stairs. Closing the door with more force than necessary, she swiveled back around, livid and glared at Slim. "I will cause a world of hurt for Cooper, his wife, and his precious children. I doubt very much he will be pleased with you allowing that to happen." 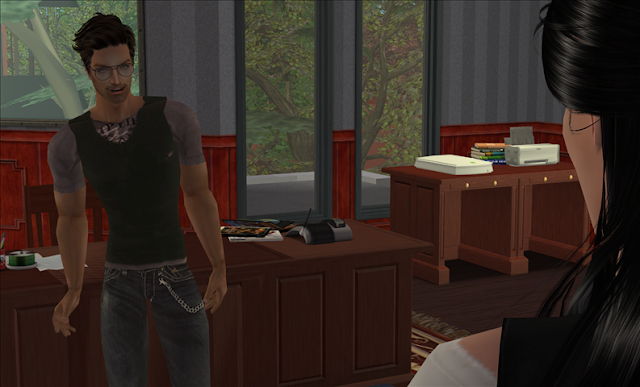 "I warned you before and I will say it one, final time – you so much as breathe a word about you and Cooper, you take one step toward his family, and I won't stop with this contract; I will crush you."

"You void the contract and our deal over my silence is voided along with it. You tell Cooper. We are not done here."

"Like hell we aren't. Now get out of here before I have security physically remove you."