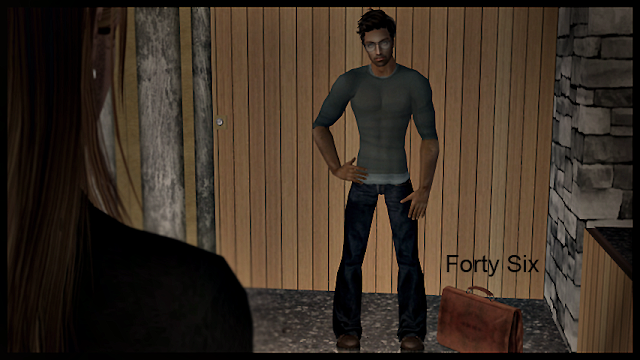 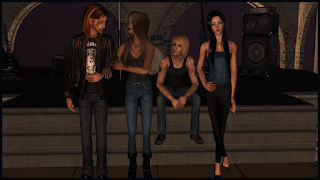 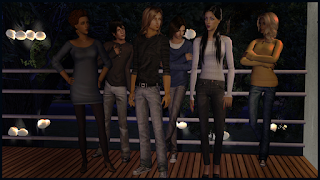 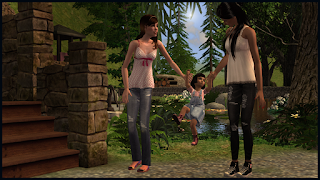 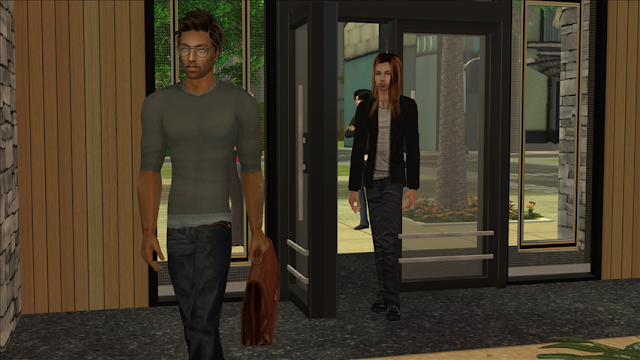 They strode down the sidewalk dodging people with umbrellas, Cooper a step behind.  Slim pushed through the door into the office building and strode ahead of him.

"You coming or what?"

"I'm right here."  The place was quiet and smelled like plants.  Slim's boots echoed through the space. 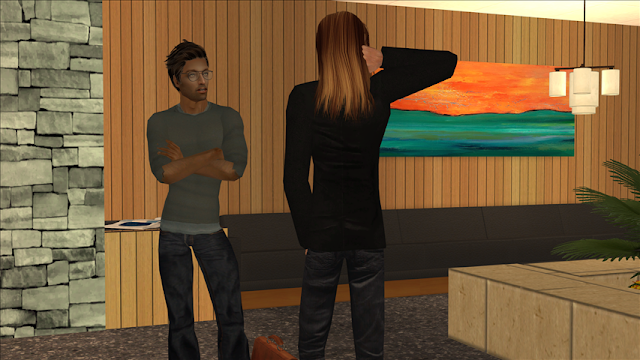 Slim punched the elevator button and they waited.  It was a slow elevator.  Nobody was in the lobby. Camilla's friend should put another coffee stand in here.  They stood there looking at each other in silence.


The elevator must be stuck.  Slim ignored it and turned to him or on him.

"You know how I feel about what you're doing and I'm going to tell you again I don't like it. I don't know what she's going to demand and I don't think you've got a damned thing left to offer.  I get how you feel, that you've got to do something, but I can't fix this for you and you can't fix it for yourself." 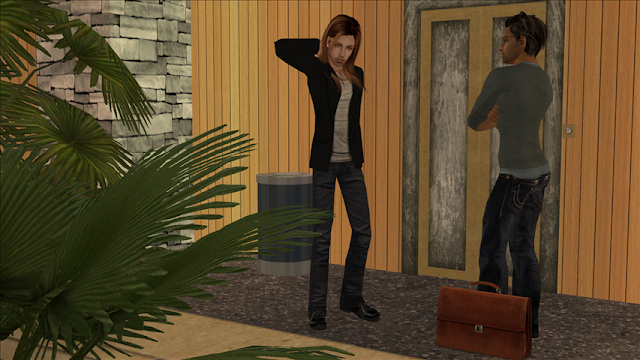 He'd spent most of the last couple of weeks despairing over that point.

She threw money back at him. She didn't seem satisfied with promises of more contracts or any of the other bullshit Slim came up with.  So here he was in this deadly quiet foyer waiting for a slow elevator to take him upstairs to find out if there was anything, if he could give her anything at all to stop the train from going over the cliff.  "Yeah I know." 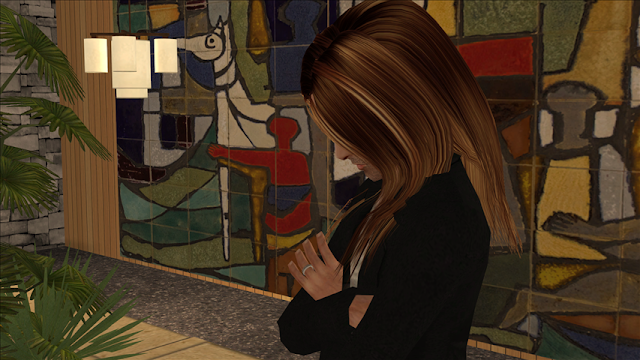 "You don't know one damned thing Coop!  Tell her to fuck off, to come after you!  This way you're giving her carte blanche to run your family through with a sword.  I am not going to help you pick up the pieces and do damage control, not this time. I did that with J, I did it with Stevie,  I don't remember how many others back in the day but you don't ever learn from your mistakes."

The elevator finally came.  For a new building it thumped harder than it should.  Maybe it was broken.  Maybe he'd have to find the stairs.  He hadn't seen any stairs.  "I know.  Let's get this over with." 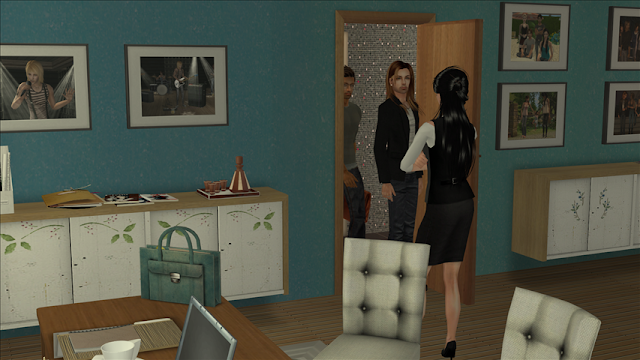 The elevator practically hurled itself upward.  They got off on the third floor, walked across a narrow hallway toward the only door there.  Before he could even knock on the thing Gemma pulled it open and stood there blocking his entrance.  Slim almost ran into him.

She let him hang there for a moment before stepping aside.  "Hello Cooper, Slim.  Please, come on in." 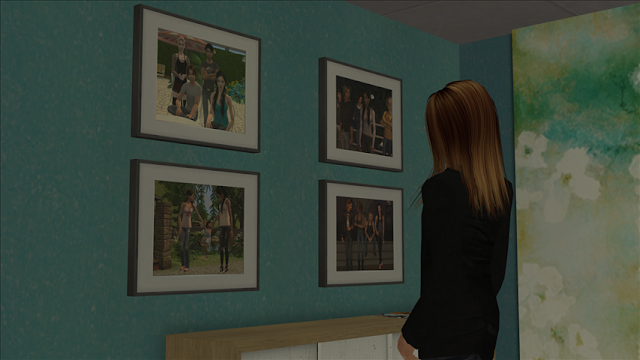 They walked in.  She had a table and chairs on one side of the room beside a wall painted with flowers, and a sideboard, and above the sideboard, unbelievably, incredibly, were framed photographs.  Four of them.  They were photographs of his children.

Stunned, Coop was speechless for a moment.  He kept his back to her while he tried to work through what this was, to understand it.  "These are my children.  You have photographs of my children hanging on your wall...Wyatt, the twins, that's Rayne with Jimmy, and Hugs, you even have Hugs.  What are these?  Why...what are they doing here?" 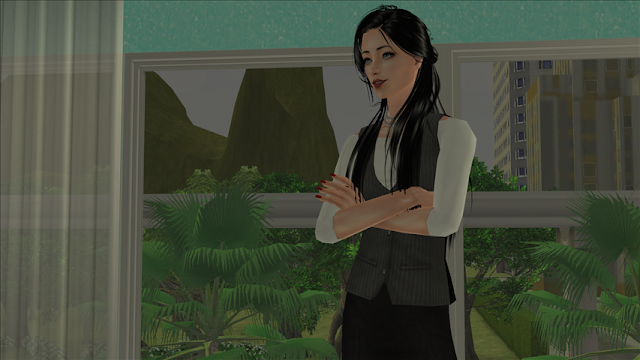 Gemma stood by a window that ran the width of the office.  It overlooked the east-west rail, some potted palms and the three giant fangs of the closest volcanoes.  They were green in the daylight and from this angle you couldn't see the smoke. She was smiling.

"They're lovely aren't they?  They were taken by different photographers but I had them finished and matted and framed by one of the best.  I'm sure you know him - Ezra Baker." 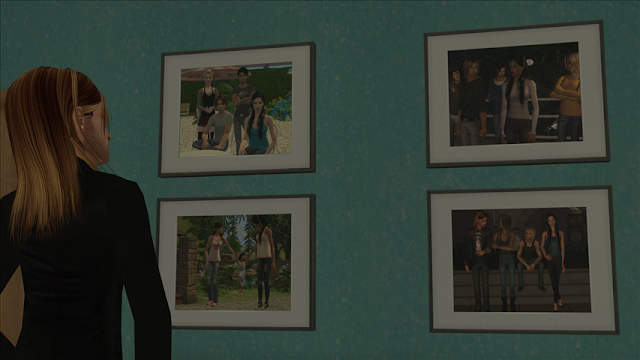 Yeah Ezra and a frame shop.  She'd planned this and it had taken her some time to do it, finding a moment, setting them up, smiling for the camera.  Unbelievable.  "Every one of them, you have every one of them up there." 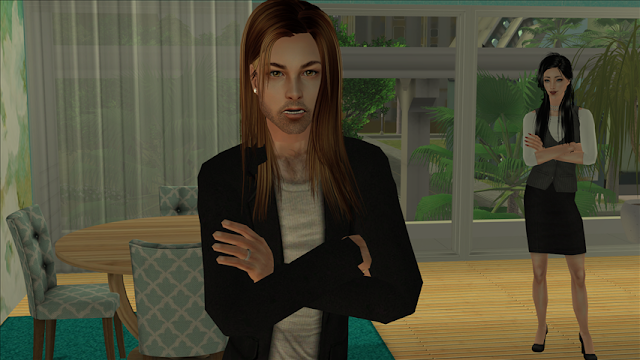 "What do you want Gemma?"

"Half the studio. You can keep your half for the children nailed up on my wall.  I want Slim's half.  All of it.  Every single penny and everything that does with it right down to the desk he sits in."