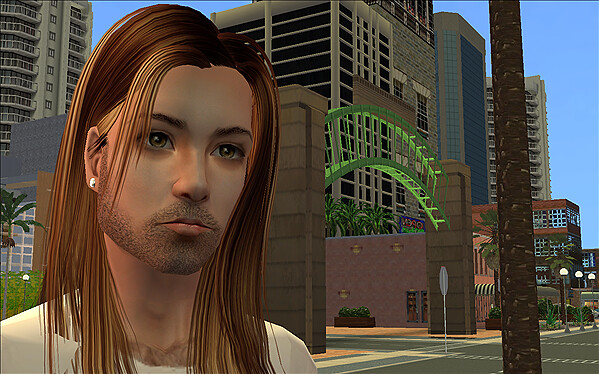 They had been at it for most of the day. Mercury Rising planned to release their newest CD in conjunction with the Rock Music Awards. The timing was perfect, and, he had to admit, none of them, not Heydon, not Aidan, certainly not Danny, had shown this kind of excitement, the prolific flare of creativity, he couldn't remember how long it had been. Cooper stepped outside and inhaled deeply. Sometime during the day it had rained; the air was fresh, crisp and bright. He’d needed to stretch his legs.

Cooper headed down the street taking long, leisurely strides toward a new bistro he found tucked into a side street. Aptly named At First Bite, they had a hot pastrami and Swiss that hooked him the minute he sank his teeth into it. The thought elicited a rumble from his stomach. He’d wash it down with a beer and head back to Hitman afterward. 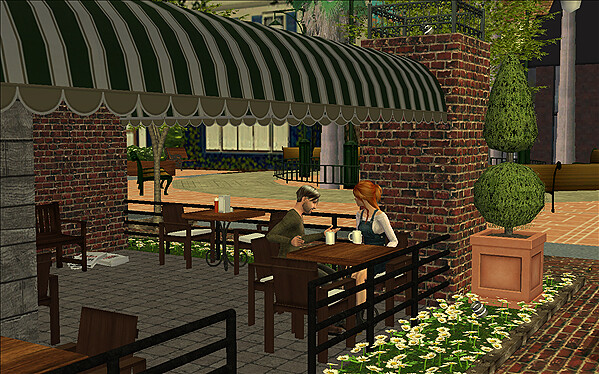 Approaching the bistro, Cooper scanned the outdoor tables and debated whether or not to eat inside when a familiar figure caught his eye. His father, Eric, placed two cups of what Cooper assumed was espresso in front of a young redhead and sat. As far as Coop knew his parents had never strayed...hell, if they had he wasn’t sure he wanted to know.

Hesitating, debating between the pastrami and the possibility of catching his father in a tenuous situation, Cooper’s decision was made when his father spotted him and waved him over. 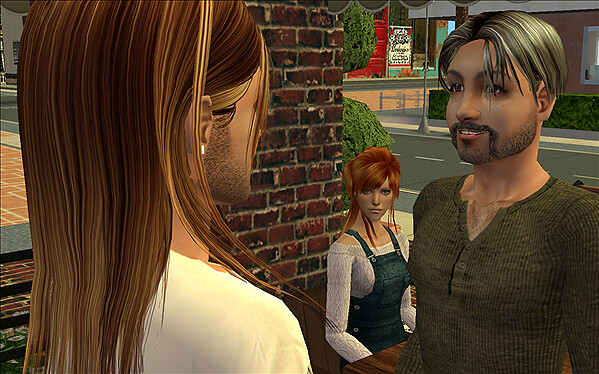 Cooper smiled and strode toward them. If his father had been up to anything there was certainly no evidence of it by the look of pleasant surprise on his face.

“Cooper! Come on over here; you remember the Mahoney family from the old neighborhood? This is Katie, their youngest. Sit, join us, I’ll grab another coffee while you get re-acquainted.” 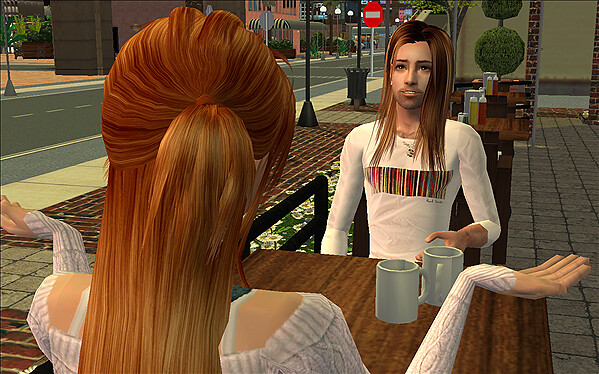 Eric offered a seat and then headed back to the counter for the espresso. Cooper acknowledged her with a nod and smile. He didn’t remember her. She was pretty enough, young and fresh-faced with a distinct innocence about her. Cooper immediately set aside any notion that his father might be playing matchmaker. There would have been no way he could anticipate that Cooper would show up there. Relaxing, he attempted to break the silence.

“I’m at a disadvantage here...it’s been a long time since the old neighborhood. Have we met before?” 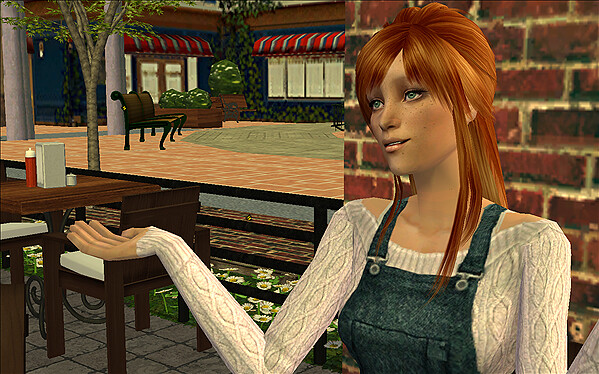 She smiled. Her face held that same star-struck expression to which he'd grown accustomed.

“We’ve never met but I know you. I am a big fan of your music...and of you. I was so excited when I ran into your dad at the music store! In fact I was going to ask him about you.” 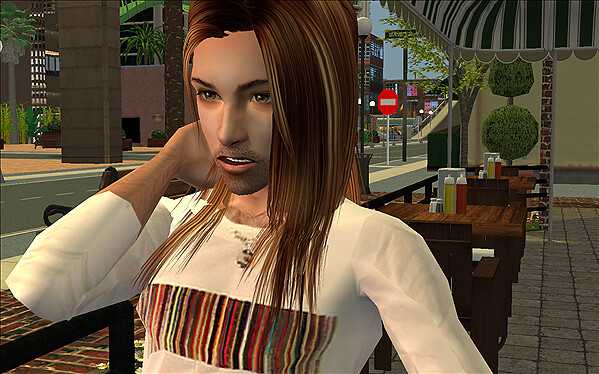 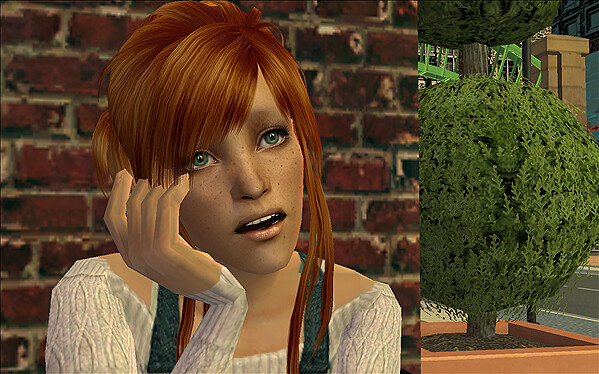 Katie leaned into him.

“I read about your divorce. You must have women throwing themselves at you...although I guess that wouldn’t be anything new. It must be so hard for you. If you ever want to talk...I’d be very willing...” 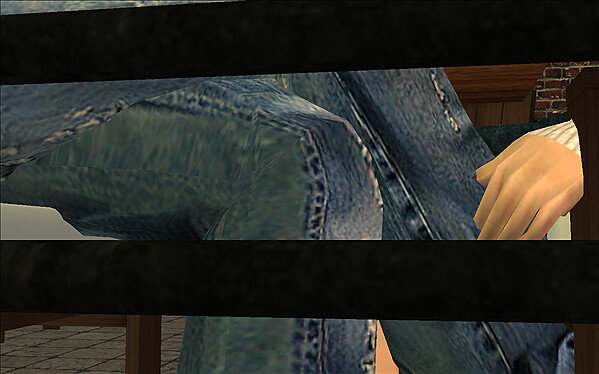 Katie’s hand found its way onto Cooper’s leg, moving up past his knee to his thigh. His body immediately and surprisingly reacted. 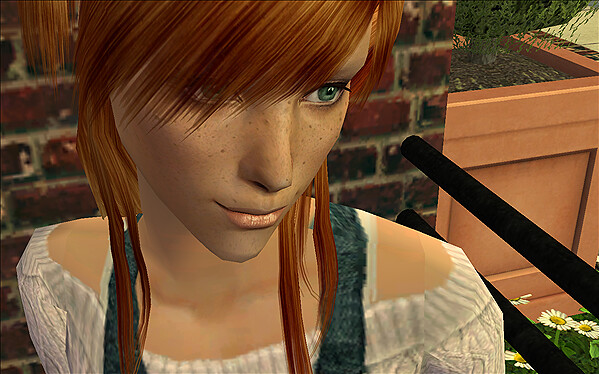 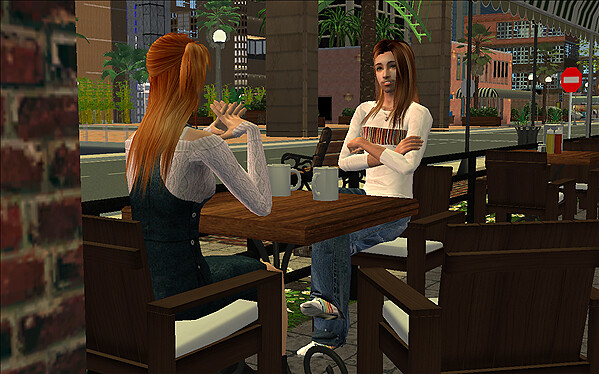 Gently removing her hand, not missing the words she’d emphasized, Cooper shifted in his seat and flashed a charming smile at her. Katie was right about one thing, it wasn’t anything new but it wasn’t what he wanted. If she thought she had any chance with him beyond a quick fuck she was mistaken. Not with some girl from the old neighborhood with connections to his family.

“You shouldn’t believe everything you read in a trashy tabloid. They rarely print the truth. My wife and I are not divorced and I’ve never been inclined to discuss the details of my marriage with anyone.” 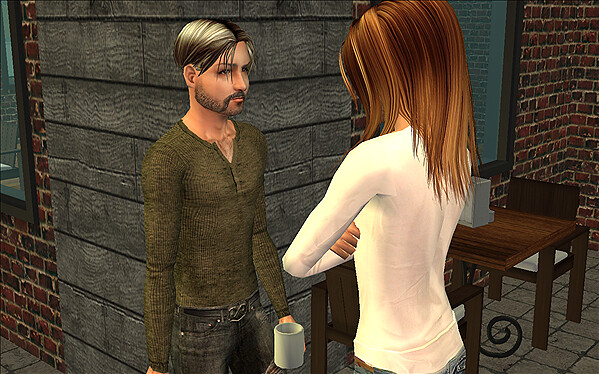 Returning to the table Eric hesitated, looking from Katie to Cooper with a rather perplexed expression. Rising, Cooper ignored the coffee his father offered. 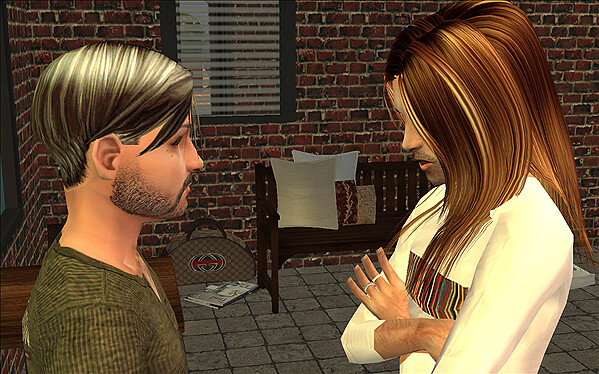 “Thanks Dad but I’ve got to get back. Give Mom a kiss from me.” 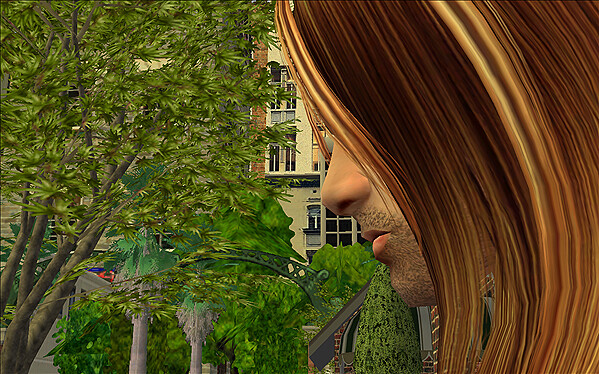 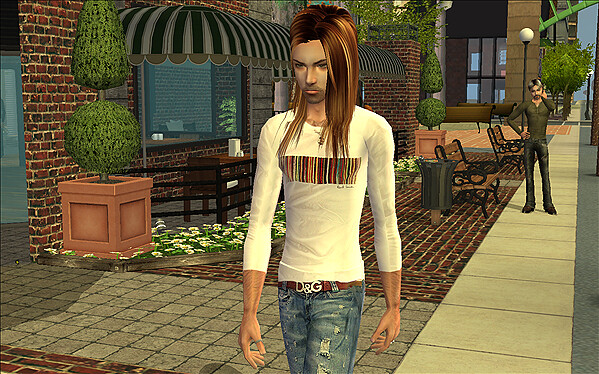 He moved quickly back toward the studio, the pastrami and Swiss long forgotten. Maybe he should call her, maybe he should write her a letter...he kept on walking frustration escalating with each stride. 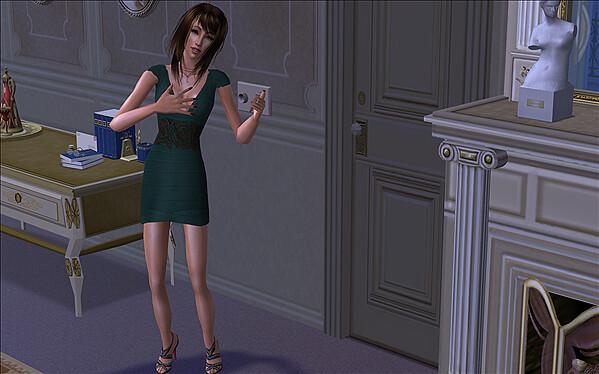 Melinda unlocked the door to her private office, entered and shut the door firmly behind her. It was dark. Leaning against the door, easing the tension from her body she breathed in the quiet solitude before flipping the light switch on. Turning she gasped, stifling a scream at the sight of a man sitting on her loveseat.

“Finding strange men in my private office is really starting to get old. How did you get in here?” 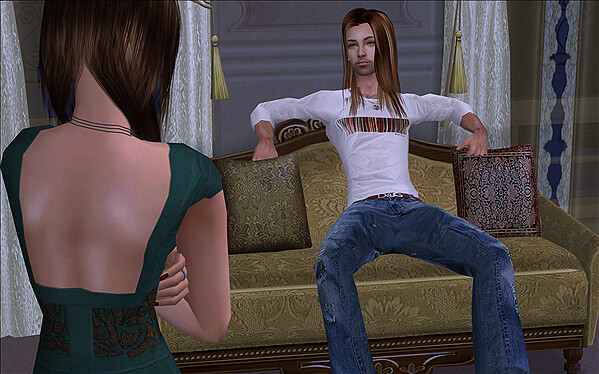 Cooper smiled up at her from the couch. He stretched his long legs out and rested both arms on the sofa’s back. Any other woman would have taken it as an invitation.

“I charmed the kitchen staff into letting me in. They told me there was a private party going on upstairs. I wasn’t interested in being noticed. And I’m not sure I like being referred to as strange.” 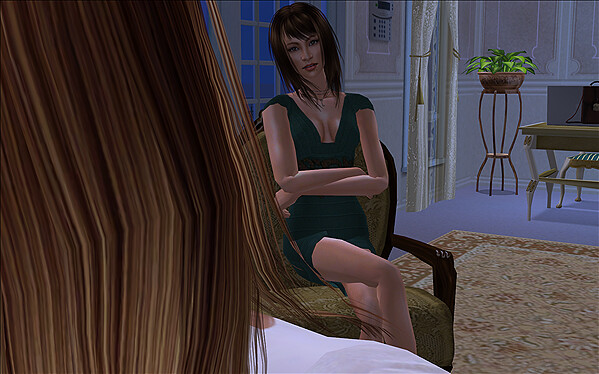 Laughing, she set a high-backed chair next to him, settled into it and studied him. If Melinda knew one thing it was how to read a man. Cooper was tightly wound, a potent combination of sexual tension and sensuality. It was one of the things Melinda’s girls loved about him. She had even heard one of them admit that she’d be willing to pay him for a tumble. But looking deeper, looking behind the mask of the man who was openly appreciating the woman in front of him, she could see pain.

“Do you want to talk about it?” 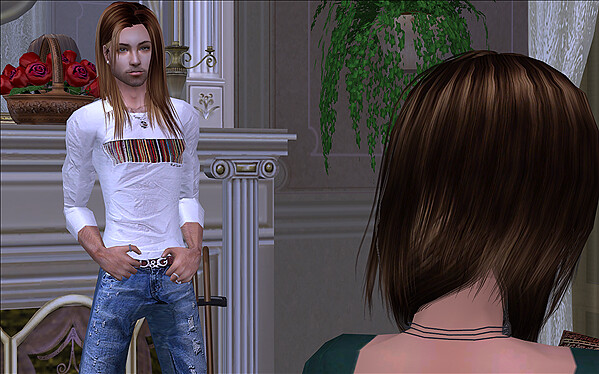 He stood up and walked toward the fireplace, stared at his reflection in the mirror and then abruptly turned toward her. 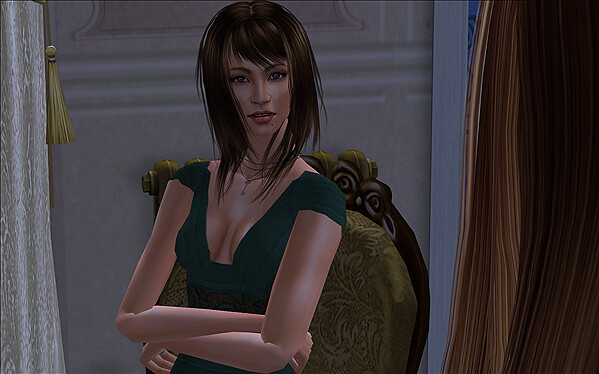 Melinda’s place offered much more than the average gentleman's club. She decided awhile back that if she was going to run a whorehouse it would be the classiest and most exclusive club around. Her girls were beautiful, discreet, and highly skilled in all things sexual and sensual, but they weren't the only option for someone like Cooper.

“Coop, you could have any girl you wanted and at any time. Why come here?” 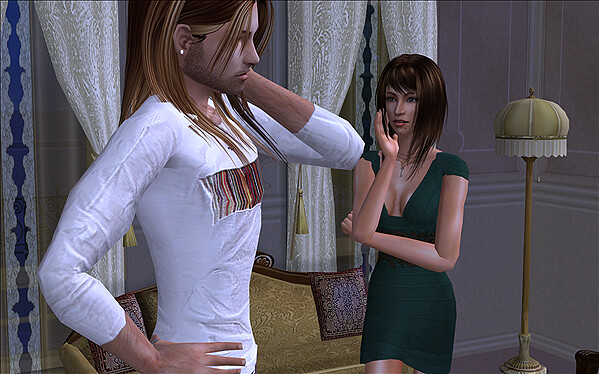 It wasn’t as if she really needed to ask the question. She knew the answer before he even opened his mouth. He was still in love with his wife. Anyone who knew him beyond the persona would see that. Cooper sighed and ran one hand through his hair, an uneasy, distracted gesture. 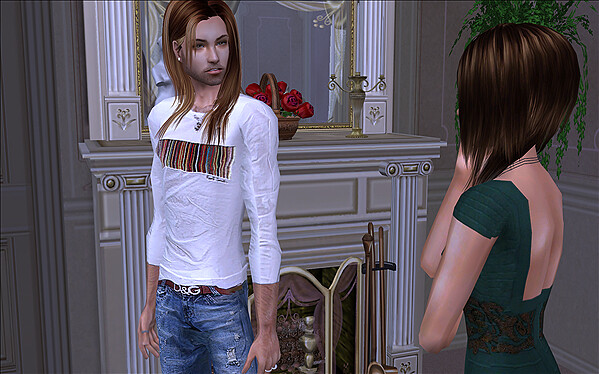 “Come on Mel, it isn’t like I want to go clubbing and meet a nice girl. I already met the girl; I trashed what I had and it doesn't look like I'm going to get it back. I’m not interested in dating or a relationship. I don’t want to deal with all the crap that comes with it. I need a good fuck - no strings, no empty promises to call, no expectations. Is your dance card free?” 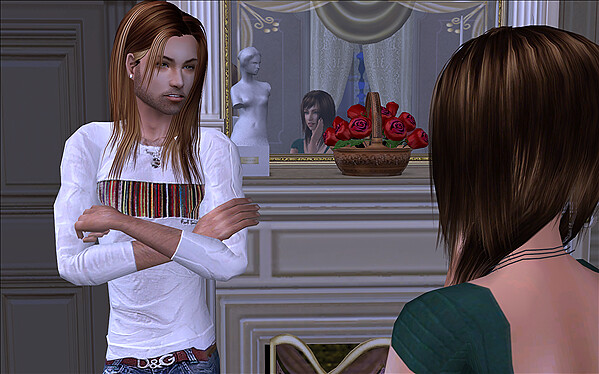 He might need a lot of things but Melinda was certain he needed a friend. She would push it, try and get him to open up; maybe she could get him to see things differently.

“If you’re offering therapy the only kind I want involves you wrapping your legs around me. If that’s what you had in mind, then by all means, let’s talk.” 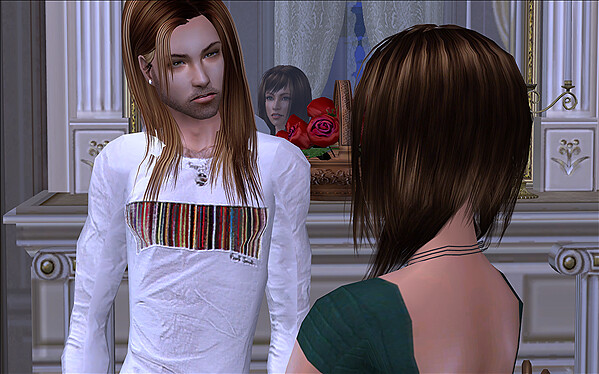 Folding her arms Melinda shook her head. “You know I won’t go there with you, Coop, not anymore.”

Cooper glanced away and then slid his eyes back to her. Any previous vulnerability, any sign of emotion had been replaced by pure, arrogant rock star.

“I know - figured I’d ask anyway. Since you won’t oblige I’d like that pretty little blonde, Lyra - and Onyx, both of them. Is the red room open?”