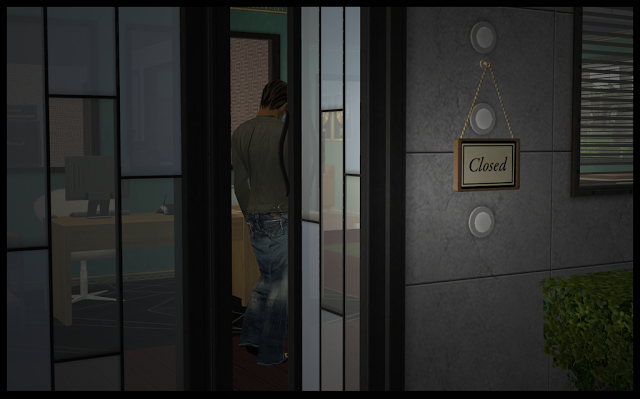 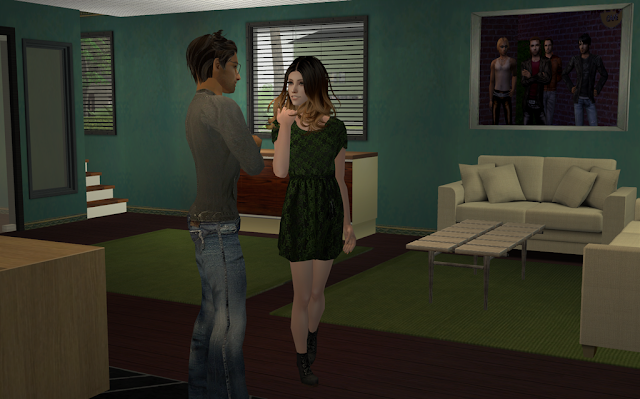 "I don't want you worrying about anything Hannah. Will knows your value here and he will take care of you. Nevertheless, if you have any problems he cannot handle, you call me. I've got no problem knocking heads together."


Slim gave her what he hoped was a reassuring smile. Hannah was capable of standing on her own and he doubted Camilla would be too hands-on to cause the girl any distress but Slim wanted her to know he'd back her up if she needed it. She probably wouldn't though. Slim glanced over Hannah's shoulder at an old Mercury Rising tour poster and briefly felt another twinge of nostalgia.


I must be getting old if this shit is getting to me. 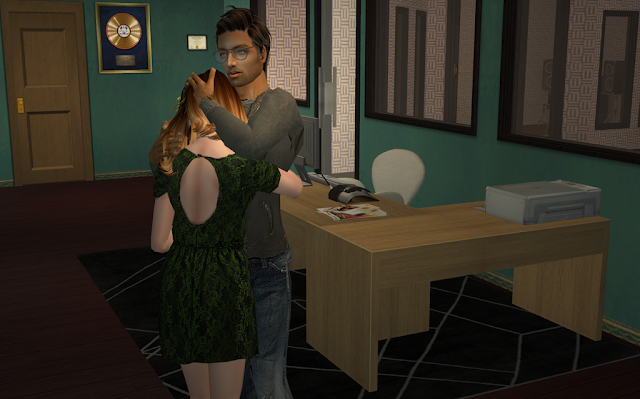 "Thanks, Slim, for everything you did for me. This place won't be the same without you." Without warning, Hannah threw her arms around him.


"Hey, don't worry," he teased, "I told Will where to get those pastries you like. Pretty soon, you won't even know I'm gone." Hannah tightened her grip and then let him go.


"Don't joke. It isn't about the pastries and you know it." Hannah sniffled and wiped an errant tear from her cheek. "I suppose Cooper will still come around so it's not like you're both riding off into the sunset." 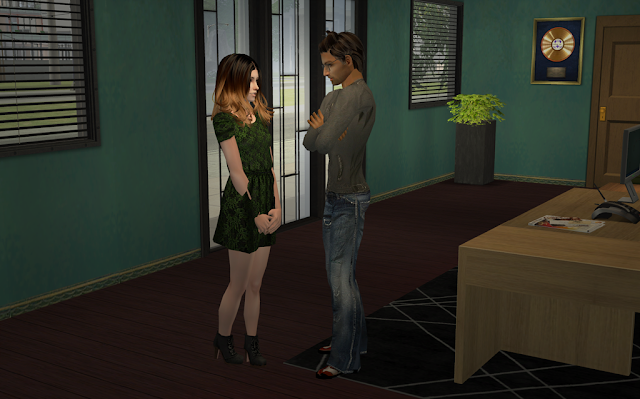 He stiffened at the mention of Coop's name. Slim wasn't leaving the place so he could take up golf and it chafed that Hannah might believe that. Leaving Hitman wasn't his choice or his decision, it was the last thing he wanted, and the mention of Cooper had his gut churning. Slim needed to walk away before he said something he'd regret.


"Right. Listen, I'm going to grab the rest of my personal stuff from the office and get out of everyone's hair. Be well, Hannah and don't forget what I said about knocking heads together. Any time you need me." 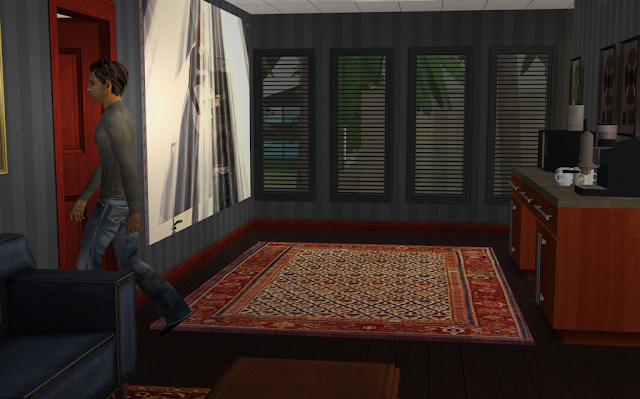 Slim took the stairs two at a time until he was standing in front of a photo of Cooper aptly named Rock God. The thing took up an entire wall. It was taken when Coop didn't know who he was – when he went by John Cooper and was fucking Stevie. Even when the world believed Cooper Stanfield had died in a tragic accident, Slim still took care of things. He had been a support system for Jules and a surrogate father for Wyatt, not because it was his job but because that was what friends did for each other. Slim sighed, rubbed the back of his neck, and pushed through the office door. That shit was no longer his concern. 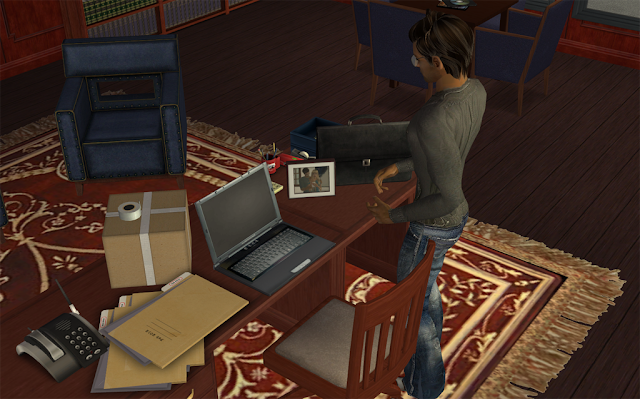 He looked around the office one final time. Will had been there earlier and they both went over the highest priority documents, particularly the files on his desk for the upcoming Mercury Rising tour until Will had to rush out to get to his class. Will assured him that Hannah would set up another meeting for them – she had Will's schedule. Of course, she had Will's schedule, just like she'd had his or Coop's not that it mattered anymore. The thought only ratcheted up Slim's unease. Either the studio was going to suffer or Will's education would and there wasn't a damned thing Slim could say or do.


Slim picked up a desk photo of him, Bonni, and Calliope, the one remaining thing he needed to pack, and shoved it in his briefcase. 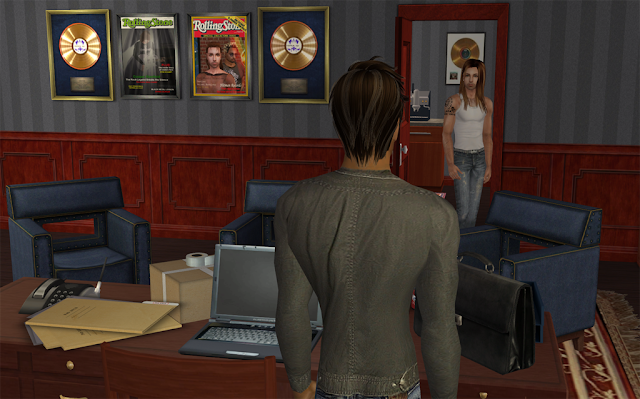 
He jerked his head up at the sound of Coop's rough voice. They hadn't been in the same room since the day they signed the final papers transferring ownership of Hitman to Will, Duff, and Camilla. Slim glanced down and carefully clasped his briefcase shut before responding. He'd spent the better part of the day suppressing his anger and emotions and didn't want to surrender to them now. Slim tried to keep his voice calm.


"I wasn't expecting to see you here today." 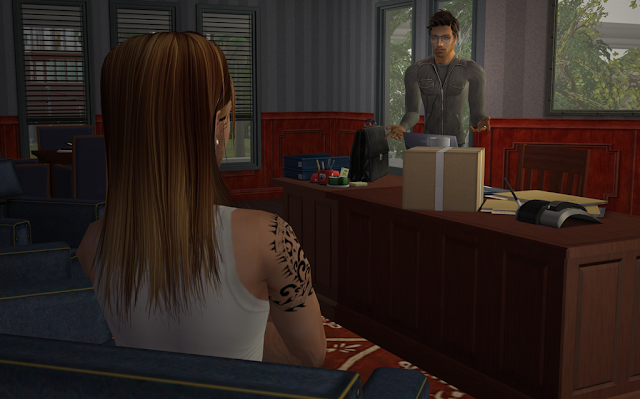 "I came in to lay down some tracks. Hannah told me you were up here. I thought we could grab a drink. Unless you have somewhere else you need to be." Cooper moved into the room and eased into a chair.


The carefully dammed reservoir of bottled up emotions broke and Slim's anger flooded the room.


"In what world do you think I'm okay with having a quick drink with you right now? Because you can't control one damned thing in your life or your behavior, the business I spent my life building is no longer my own! You want to know why? Because you finally went head first into a pile of shit and took me down with you!" 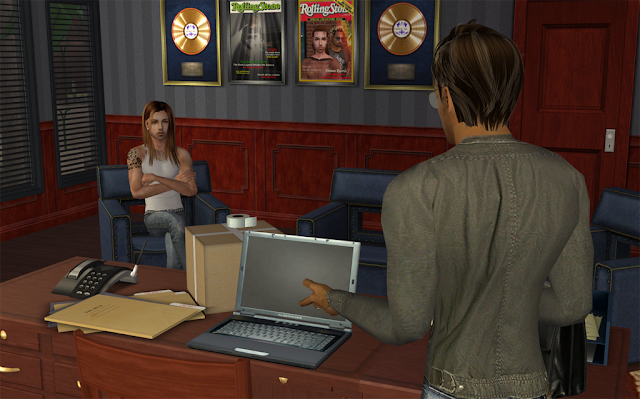 "What the hell, Slim? Did you have a solution to the Gemma situation? I thought you'd be relieved all this crap with her was over. We can both move on with our lives, nothing hanging over our heads, no ghosts from the past to haunt us."


"Are you shitting me right now? They weren't my ghosts! How can you sit there and not get what giving up Hitman has done to me?"


Cooper folded his arms. "Of course I know what this did to you, to both of us. I'm aware of what we are both giving up. But, it's done Slim, it's over. We both need to move forward." 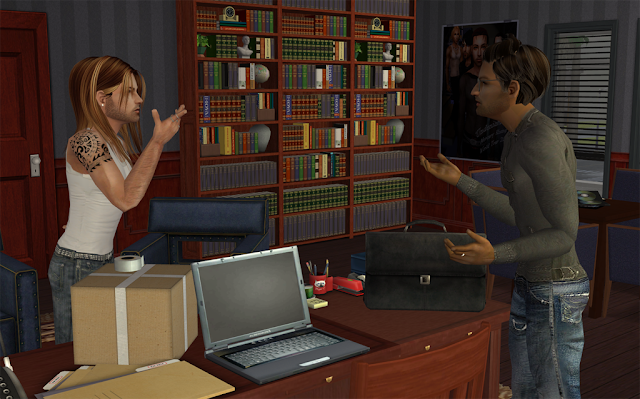 Slim leaned over the desk like a looming, malevolent shadow and threw a long, steely glare at Coop. "How's that going for you Coop? The music, the band, what did you lose? Tell me what's changed for you? Did it fix your family? I've spent a lifetime cleaning up after you and all it's gotten me, in the end, is loss and you don't seem to respect that or care."


Cooper rose from his seat and met his glare head-on. "Who do you think was traveling all over the fucking world making the money you managed? I was exhausted all the time, gone from my family, and struggling with the problems my absence caused. I was the one doing all the heavy lifting, Slim! There would be no Hitman without Mercury Rising – without me! Yeah, I fucked up and you had to clean up the mess but that was your fucking job! Does that make it all right? Probably not, but I wasn't just sitting on my ass doing nothing! Don't talk to me about loss! I've paid my dues!" 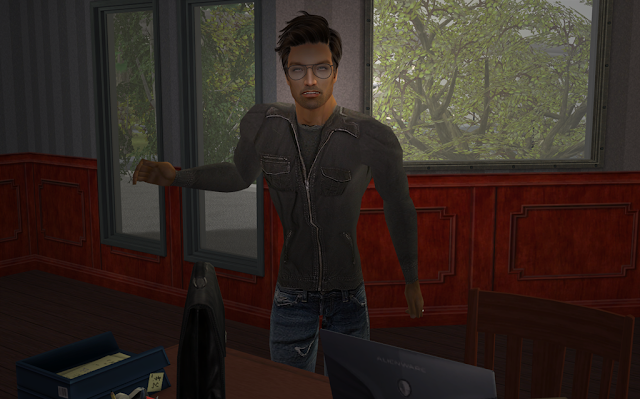 Slim drew a quick breath and scowled. Whatever remained that cemented their friendship crumbled under the weight of their words. They'd known each other all their lives and back then, when they were kids, they'd be throwing punches right now. Slim didn't know what hurt worse, losing their friendship or losing his livelihood. He had nothing left and it all felt hollow.


"I was doing a hell of a lot more than managing money and you know it. All our lives, I've had your back. I've watched out for you and your family, not because it was my job, you son of a bitch, but because you were my friend! When have you ever done the same for me? This isn't about money Cooper. Now, get out of my office!" 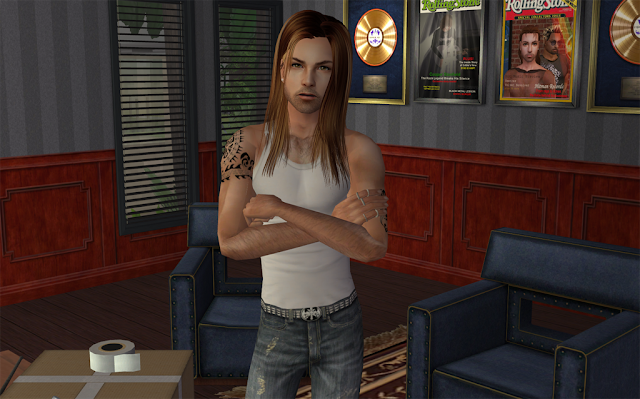 And there it was – the classic Cooper Stanfield stance complete with head cocked, arms folded, and arrogant glare.


"It isn't your office anymore."