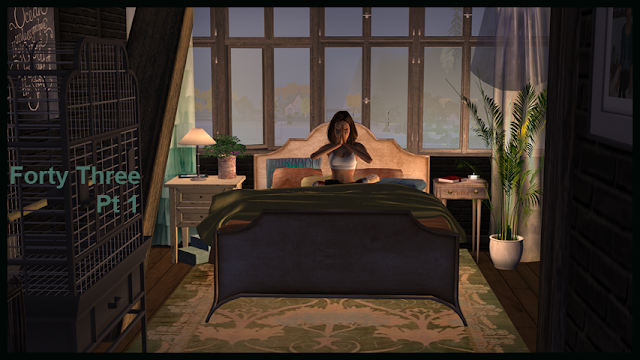 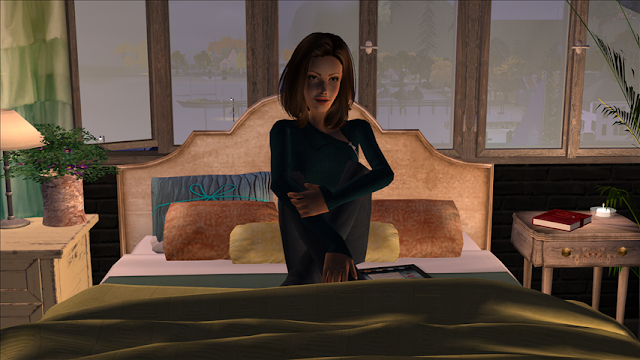 Autumn heard his footsteps coming up the stairs.  She started sliding the tablet under the covers, crossed her feet and dug her toes into the blanket. She shook back her hair and prepared herself. 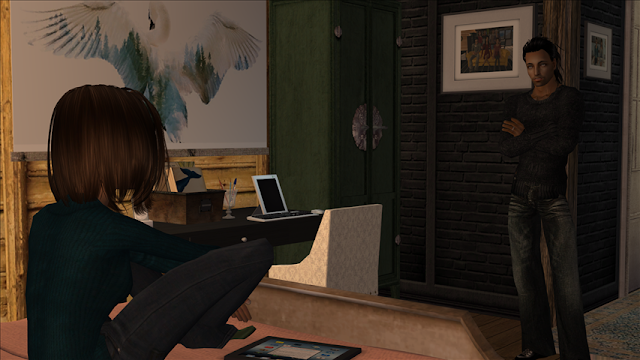 Her father reached the top of the stairs.  He crossed the landing, stood at the other end of the attic and looked at her.  Silence. 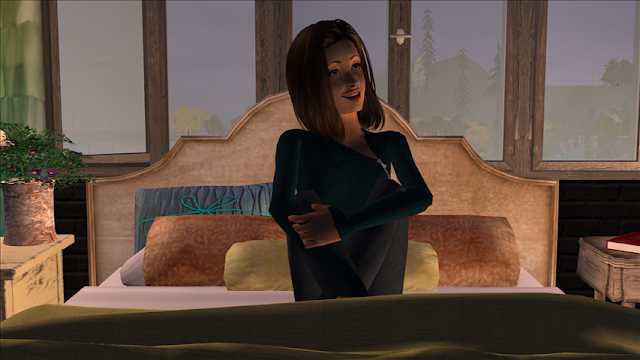 That wasn't necessarily a safe assumption - it might not have been - but Autumn kept that smile to herself and nodded.  "Shooter didn't say anything about Nate did he?"

They'd both said things her father didn't know she'd overheard, although he suspected she had.  If Shooter said something about Nate, he might be inclined to share it though.  Under the circumstances.  Because she'd heard something he'd rather she hadn't heard. Sort of to make up for it.  Maybe. 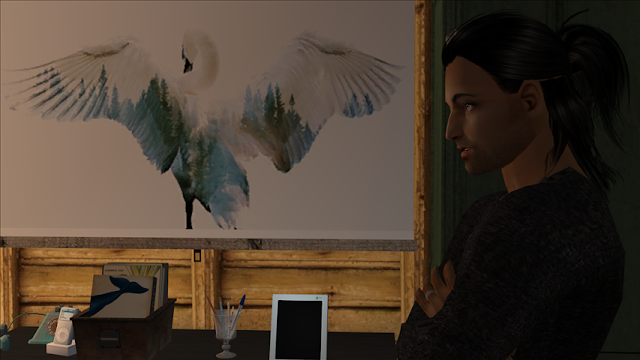 He looked at her for one of those unnervingly long moments.  "Shooter was dropping off his house key.  We discussed his gutters.  He may not have known about Nate, I didn't know until half an hour ago and my sources are as good as his.  Now put the laptop away and come back downstairs and be polite - Colin is family.  You can't hang out upstairs while he's here." There wasn't any point in arguing with him, and Hugs had logged off anyway.  She couldn't help her with Nate - it wasn't Hugs responsibility to fix Nate.  She slid off her bed, avoiding the half hidden laptop, and followed him down the stairs from the attic. 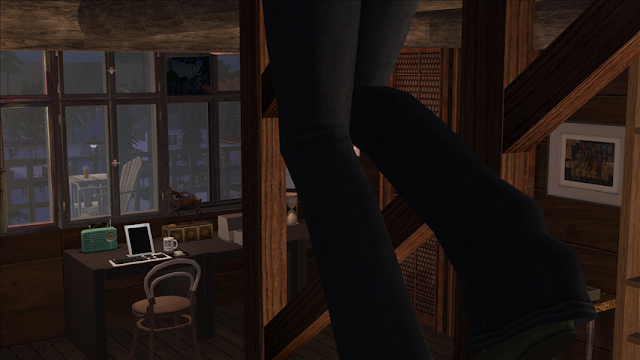 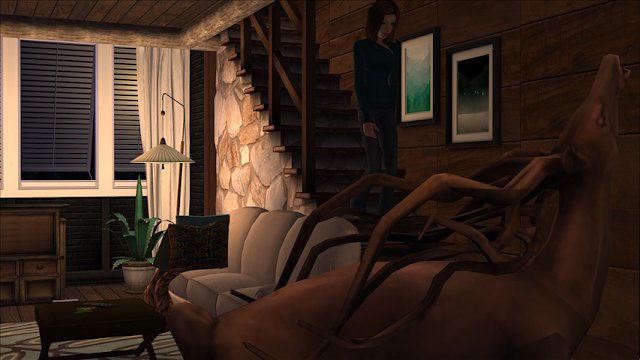 Into the room below the attic.  The room with the books.  And the statue of the deer. 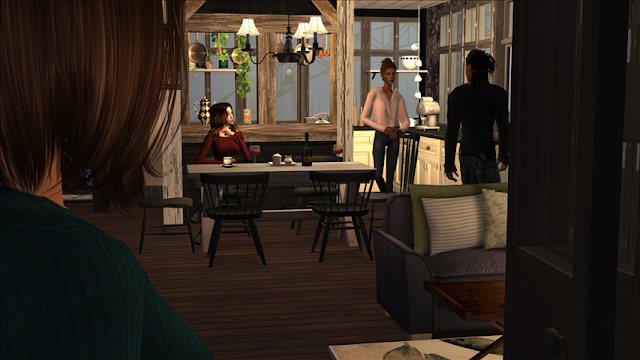 Her father didn't wait for her.  He headed for the door to the deck and flirted with her mother as he passed and she laughed at him.  He did that a lot.  He did it in front of people like he was doing now and it was endlessly and always embarrassing.  Ava pretended she didn't see it which was nice. 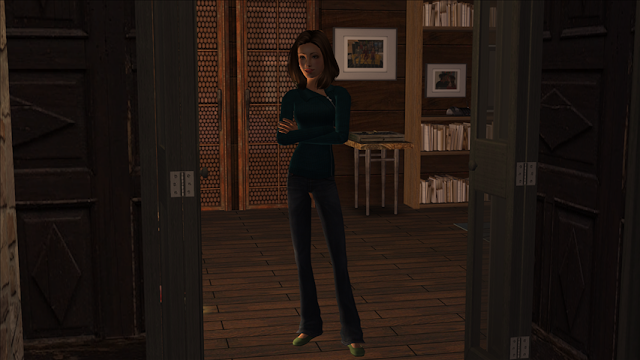 Ava was very nice.  She was a lot like Colin, smart and charming and ambitious and chic, and also very very pretty.  She was the first girl Colin had ever brought over even though everybody knew he dated tons of girls.  She liked Ava. 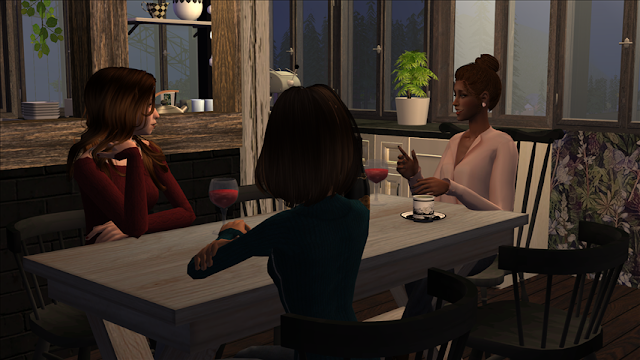 She pulled out a chair and sat down.  Ava smiled at her and her mother, took a sip of wine and said, "We had dinner with Camilla and Heydon on Tuesday.  They have such a beautiful home and family - the younger two were there - Jay and Hailie I think? - and the food was great.  Camilla is so impressive.  Colin is looking for office space and she offered to help.  She's a...dynamic person isn't she?"

It was hard to tell if she was being complimentary or if 'dynamic' was a euphemism for 'terrifying', for example.  If it was the latter, Autumn was impressed.  Ava caught on fast. 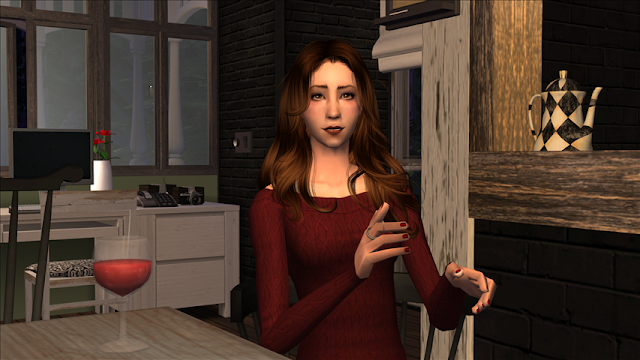 Her mother carefully responded in a sort of stilted way like she was giving a reference. "She's the matriarch of the family.  You can rely on her to do her best.  Family means everything to her." 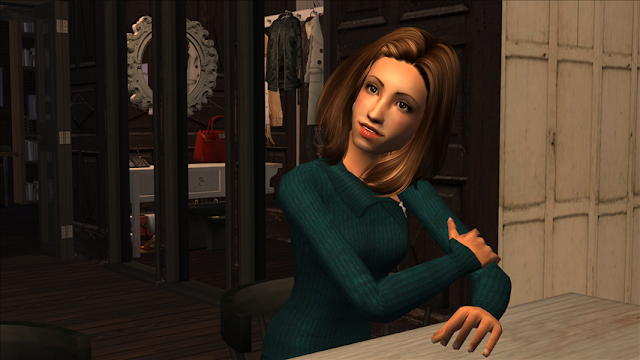 Oh my god this could be so completely funny and awful.

Upstairs in her bottom drawer she'd stashed a long summary of all the family fables and gossip and disappearances and relatives including some she wasn't sure ever even existed.  The grandfather who ran off with a redheaded woman and never came back.  The murdered grandmother.  The uncle nobody mentioned even though the family used his surname and he might be the father of the Legendary Gabe. The Legendary Gabe himself who may or may not be dead but would live forever in Aunt Camilla's heart.

"A lot of them are missing," she said, and immediately regretted it. 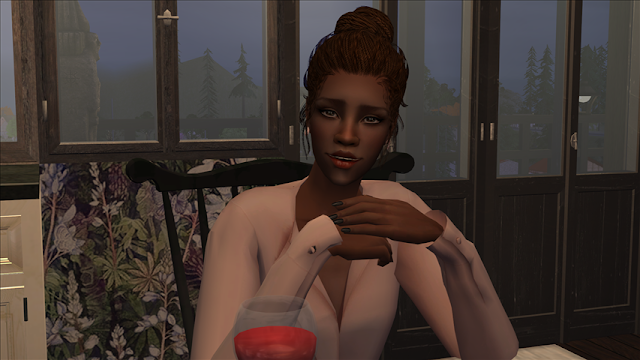 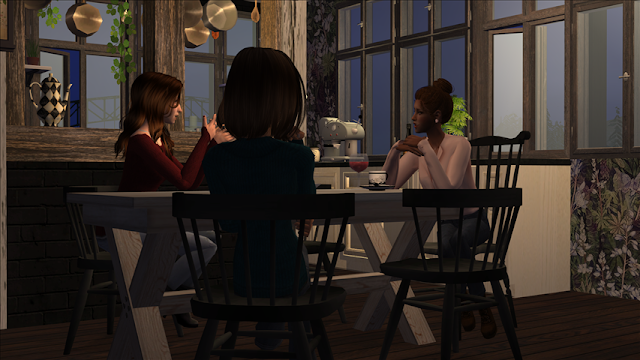 Her mother was going to kill her.  Autumn looked down at the table and kept quiet while her mother tried to clean up what she'd spilled all over the floor.

"I'm sure Colin has told you that it's a complicated family.  Some of them moved away and we haven't heard from them in a while.  A few are...unfortunately deceased.  The family in this area are all close though - we don't expect anyone to disappear!  The kids grew up with all that family lore but most of it is fanciful."

Autumn thought Ava would politely drop it at that point, but she didn't. "I don't want to accidentally insult Camilla...or anyone else." 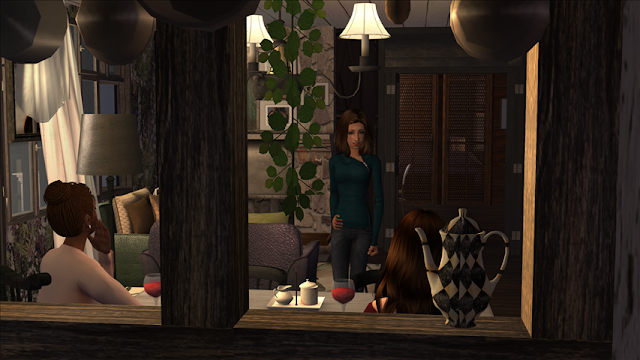 Her mother glared at her.  "Autumn, why don't you check on your father and Colin? See if they'd like another beer."

Autumn stood up.  She was going to pay for this later.  "Okay.  I'll just say hi to them again."

"That would be a good idea.  Take your time."  Pausing for effect, emphasizing the words, she repeated, "Have a nice talk.  Sit down.  Take. Your. Time."