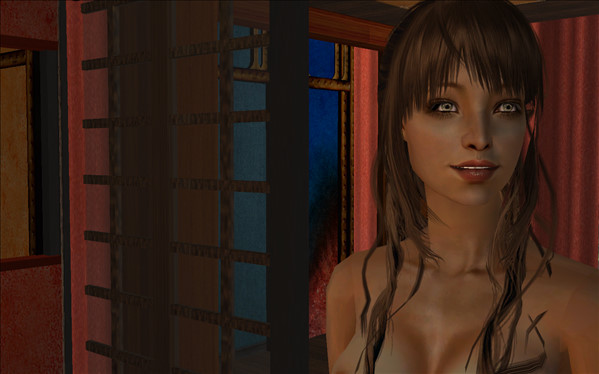 She slid out of bed, kicked a pile of pillows aside, walked across the room and paused in the doorway to the landing and looked back at him. "How do you take your coffee?" It was the first thing she'd said in hours. 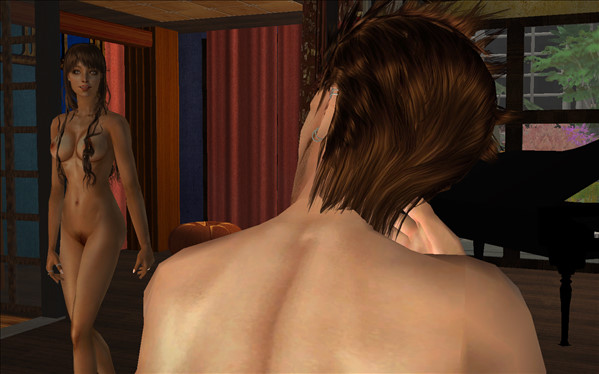 Alex eased up on the bed, yawned, and looked at her for a few seconds before answering. Great sex, beautiful woman who didn't say much, what was not to like? Maybe he could have used a few words but hell, maybe she just didn't talk during sex. He ran his hands through his hair and said, "Black with six packets of sugar. Thanks babe. There might be some bagels that aren't too stale, if you want to bring them up, too."

"Some coffee with your sugar." She laughed, looking back at him through watery rainy light. For a woman who'd popped out four kids, she was in damned good shape, and he thought briefly about Dani, and then stopped it. 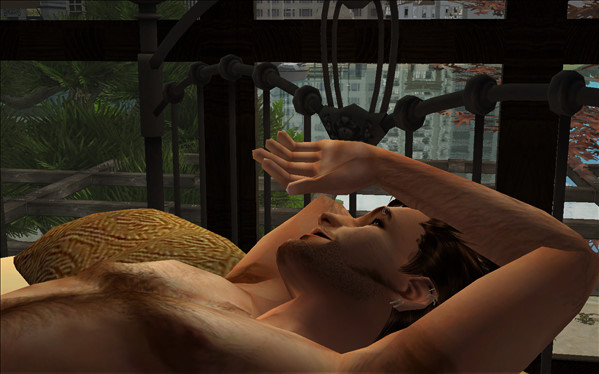 Lying back down into the blankets, Alex stretched, relaxed, listening to Beth Stanfield opening and closing cabinet doors and running water for the coffee. And singing. She couldn't sing. Damn, she shouldn't sing. Rain slid down the glass and he grinned and watched the rain and whispered out loud, with complete satisfaction, "Check mate, Cooper." 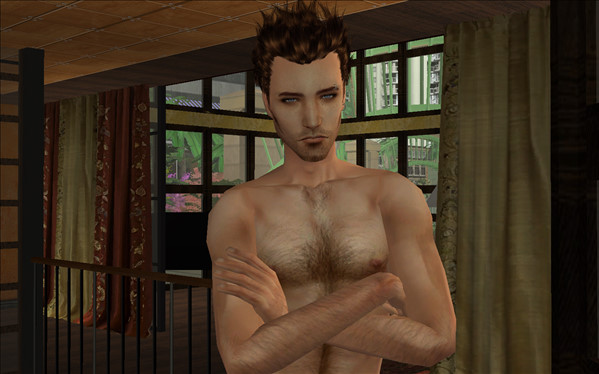 He heard her come back upstairs, the little clink of a pot, smelled the coffee and toasted bagels. His stomach rumbled. Lazy, Alex waited. Kept waiting. She didn't come back and she didn't say anything, and after another few minutes, maybe she thought he would come on out, he got up, pulled on a pair of sweats and strolled toward the door to the deck even though he had no idea why she would be out on the deck in the rain. 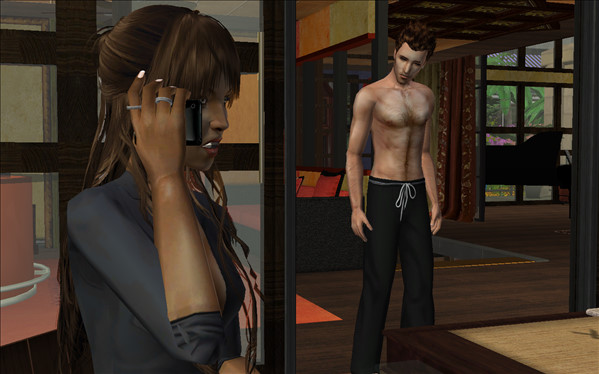 "No I didn't know she had the baby." She'd put on one of his shirts and she sat there framed in the chair, bare legs crossed, naked under that shirt, talking on her cell. Intense and fierce and agitated and kicking the table leg as she talked: kick, kick, kick, toes banging against the iron in a drummer's angry and perfect and unconscious rhythm. "Rayne, don't get in the middle of this please...no I haven't heard from him. What did I just say?...I have to go to the auction, your father agreed to take Hugs, that's why...I'm not committing to anything will you please stop it my god you're relentless and this is none of your business...yes, I will...yes, buy the dress for Hugs...I'll be home in a few hours and that's none of your business either." 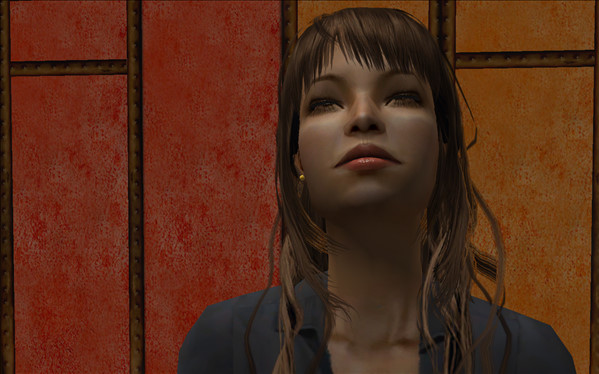 She tossed the cell down on the table, got up and walked to the far end of the deck and turned her face up to the rain. And stood there, in the rain, eyes closed, her mouth soft, vulnerable, as if offering herself to the rain and the wind like a woman in love. It was a face she had not given to him. 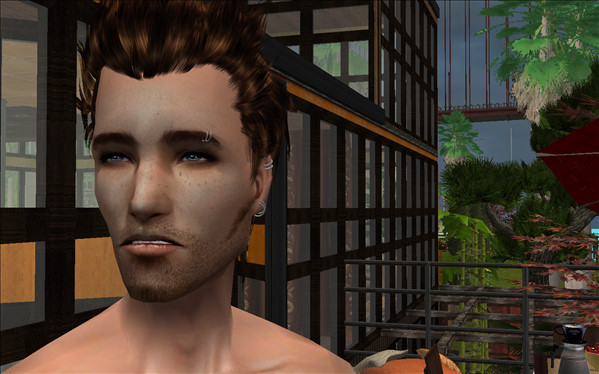 He took a step outside, stepping into a puddle, trying to work through what he'd heard and what he'd guessed and what people were saying. The pregnant woman they'd run into: Coop had himself another kid. There were probably more Beth didn't know about, but this time it was in her face. If he wanted to be fair about it, she'd thrown some serious provocation at Cooper with that bodyguard, a situation he wouldn't have handled the way Cooper had. He would have walked. It was an equation with only one result: those two should not have stayed together. Whatever she was hoping for, looking for, she hadn't gotten it from Cooper, and he hadn't been able to get her to say shit to him either. She wasn't talking to him. She was out here making love to the rain. 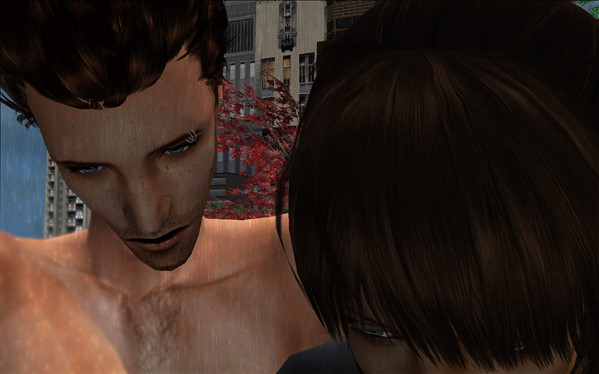 She didn't look at him until he'd crossed the distance between them, sloshing through water. It was a goddamned wonder the deck hadn't come down, the drainage was that bad, water wicking up the sweats halfway to his crotch in less than a minute. It was pouring. He wrapped his arms around her, feeling her shiver in the blow from the cold high northwest of the world. Maybe he'd spent too much time there himself. "Come on, come inside, come back to bed. You know, I make a mean Bloody Mary. Fuck the coffee. And this time, you're going to talk to me." 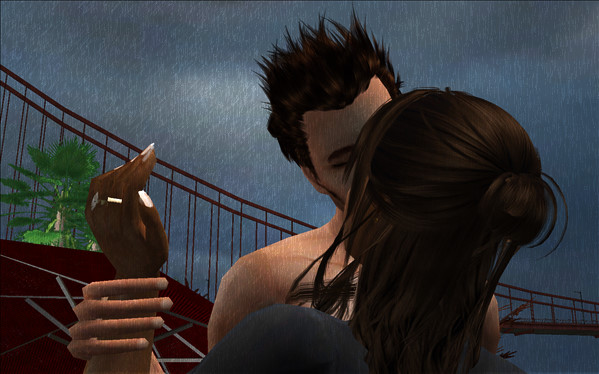 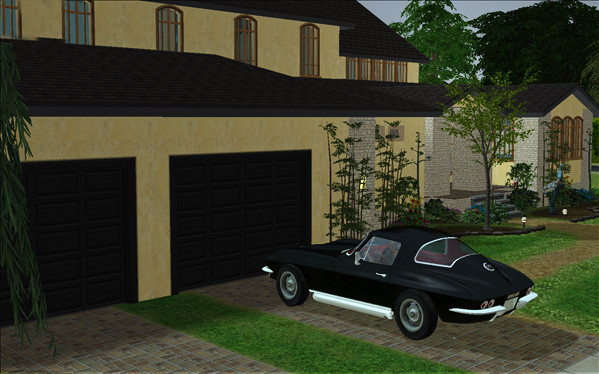 Slim didn’t bother pulling his ‘Vette into the garage. He and Bonni had bought a place off the beach and the garage was still full of furniture and boxes, paint, outdoor furniture, and all of Will’s things. The decision to move inland had been Bonni’s after the most recent storm that had blown past. Garrett tended to wander off more often than not and she had been scared to death that he might get pulled into a riptide or undertow - he wasn’t as strong a swimmer as Will had been. So they had moved again. 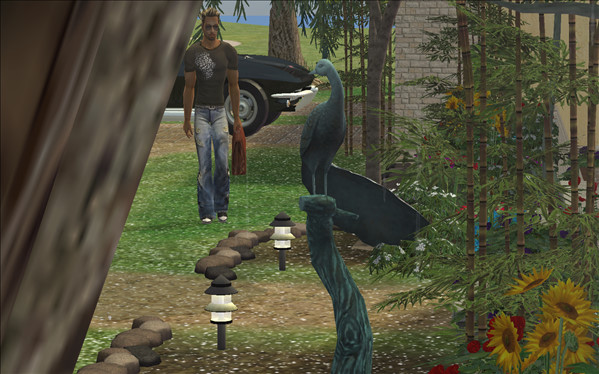 It had been a long, stressful afternoon and Slim looked forward to a little downtime with B. There was still work waiting for him at the studio, work that he had set aside to accompany Cooper to the lab for the results. Everything had been laid out in black and white. There wasn’t much more to discuss. It was done. Slim would be the one to reveal the test results to Gemma but he would put that off for a few hours too. The rest of it was a crap shoot. 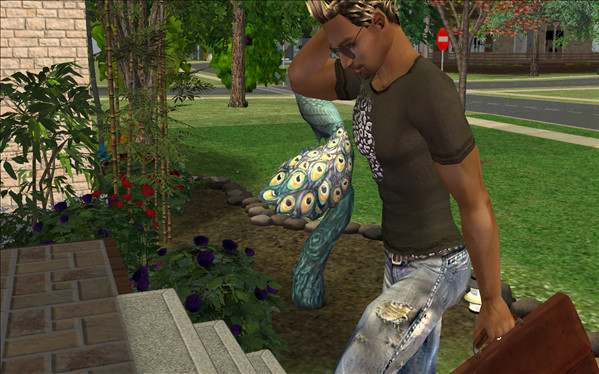 Slim rubbed his neck and hoped Bonni had the massage table set up. Or the bed. He was going to have a long night in front of him between the work he’d left this afternoon and the upcoming photo op charity bachelor auction. It was only a few days away and Slim still had logistics to nail down. Whatever Sydney had up her sleeve, whatever plans she had made, Slim fully intended to know every detail. The timing could not have been worse. Cooper hadn’t said much on the long drive back. Slim expected...something, some reaction. Anger, elation, rage...something, anything. Instead Cooper had been uncharacteristically quiet. Dead damn moody stare out the window silent. 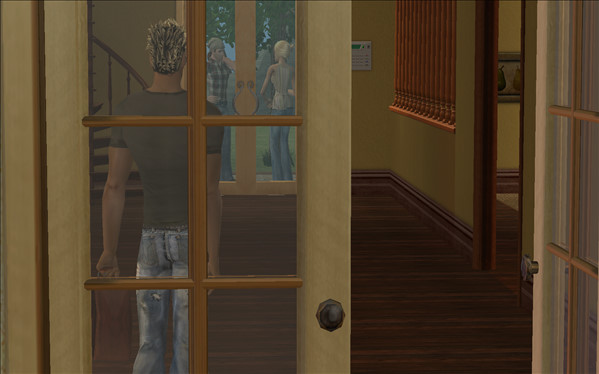 Pushing open the door the smell of fresh paint assaulted him. Looking around he noticed Garrett playing video games while Bonni was apparently issuing orders to one of the contractors. She didn’t look happy. Damn. 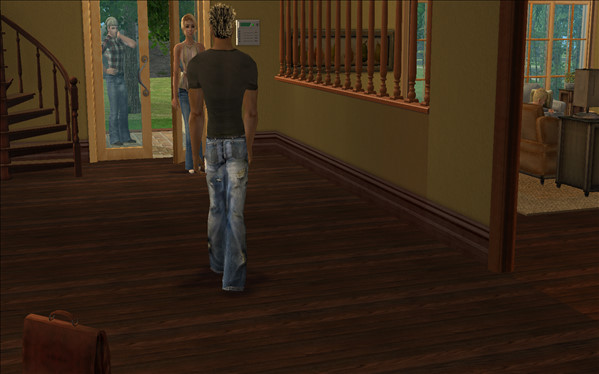 As if she felt his eyes on her, Bonni turned, flashing that spectacular smile toward him and dismissed the worker with her hand. She’d changed her hair. Even after all these years Bonni could still manage to stir his passion for her with a look. He’d never strayed from her bed except that one time before she married him and technically that didn’t count in his book because he had been stinking drunk. Okay maybe that wasn’t an excuse...fact was that one time had been with Coop’s first wife Julia. Being around Gemma, the way she looked so much like Jules, life twisting and turning in on itself like a looping mobius strip... 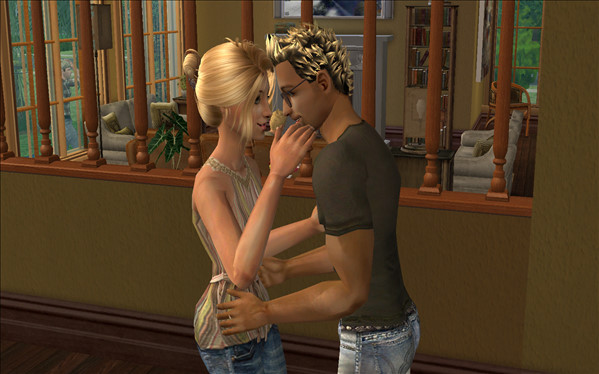 Shaking off the direction his mind was going he walked toward B and brushed a kiss against her temple. “Trouble with the contractor?”

“They’re trying to get us to rip down some trees in order to dig the pool. It looks like we’ll lose the gazebo...hope you weren’t attached to it. And I’m still not sure I like the colors I chose.” 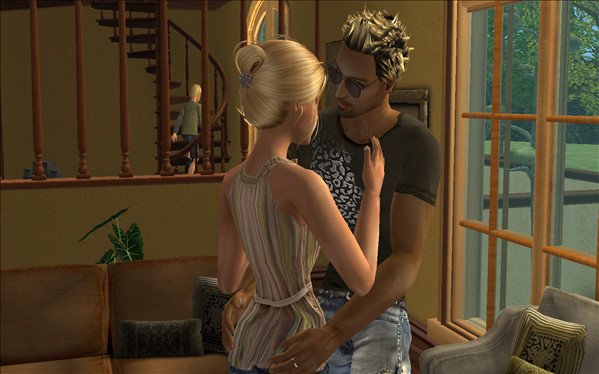 Slim walked toward the back of the house and looked out. He couldn’t care less about the gazebo but B liked the thing. “Whatever it takes baby, whatever you want.” Slim turned toward her and pulled her close moving his large hands down her back to her hips and drawing her tight against him. She could paint the place purple if she wanted. He moved his hips seductively against hers.

“Garrett, take your toys upstairs and clean your room please. Daddy and I need to talk.”

“Aw, Mom...I was getting to level 3.” Garrett moped as he slowly took the stairs. 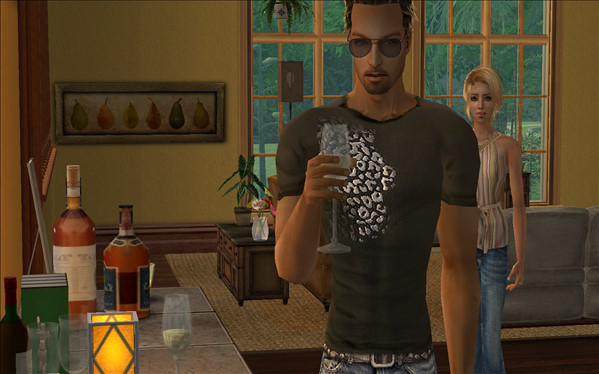 Bonni massaged Slim’s shoulders. “You want to tell me how it went?” His jaw tightened along with the grip he had on her ass. Placing her hands on Slim’s chest, she firmly pressed him back against the wall. “Honey, you can’t fix this for Cooper. Whatever is going on with him and Beth, he has to find the answers. Maybe there aren’t any. But you need to let this part of it go.” Bonni rested her cheek against his chest and held on tight.

She was right. In all the years he has known Coop, been best friends with him, that was the one thing Slim did - fixed things. Not this time, this time he couldn’t fix it for Coop. He’d spin it with the press if he had to, he’d make sure the studio continued to thrive as usual but as for Coop’s family and marriage...Slim’s hands were tied in that arena.

Heading to the bar Slim poured them both a drink. He took a long pull from his glass and set it down. “The kid’s not Coop’s.”