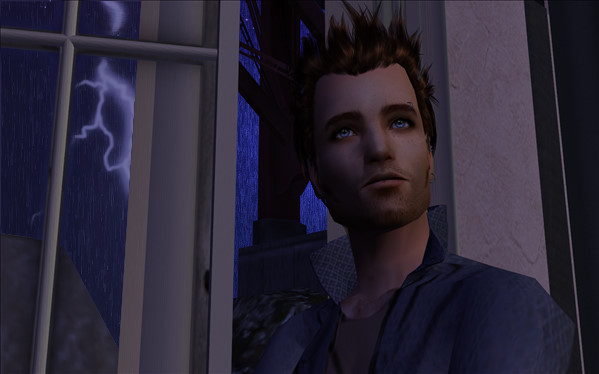 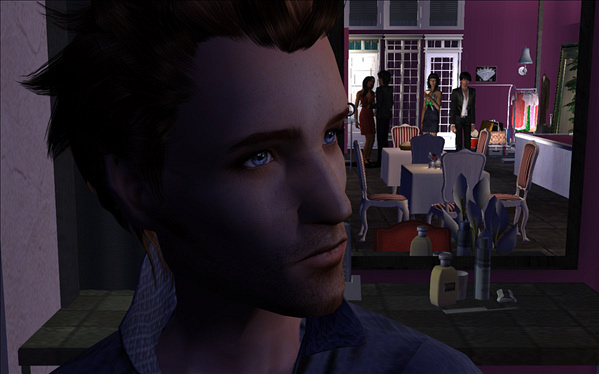 There was nothing wrong with his shirt. Uneasy and on edge, Alex waited, trying to catch whatever was going on between Rob and Syd and a breath from an open window. It was sultry, uncomfortable, lightning in the clouds over the marina and an inadequately cooled and ventilated room. Duff walked in wearing that same damned smug expression he always had when he thought he had something remarkable to take back and work over.

He'd had a couple of encounters with Duff's dream girl. Good luck with that piece of ass. She came with a mouth and an attitude to dress up those legs and tits and if he got past that, she came packaged with Cooper. Someone should turn up the AC in this place...Camilla giving him a strange look as she grabbed a manhattan and went somewhere else more interesting but that woman was always strange. 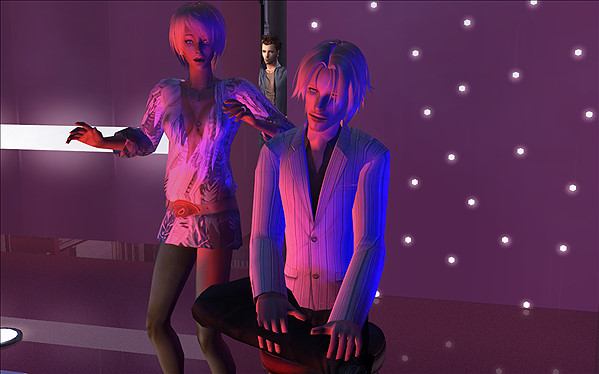 "Rob Porter!" Sydney was screaming. Rob walked out onto the stage, not looking at him, looking at nothing, and sat down on a bar stool. He hooked one leg into the rungs, shifted his shoulders under the suit jacket, straightening it, and, being Rob, did nothing else. He lit up the stage by doing nothing but sitting on a damned bar stool. The overhang and the walled courtyard protected him and the audience from the worst of the rain, but the wind was picking up. They'd have to move things inside before long. 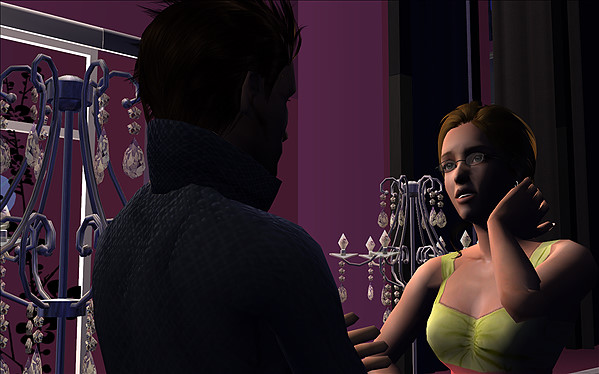 Distracted, he looked down, one of Syd's assistants saying something to him, another crack of lightning striking directly overhead and through the thunder he heard Syd. "The lady knows what she wants! Duff, if you're still here, you certainly set the precedent! Date package for Rob sold to Beth Stanfield!" 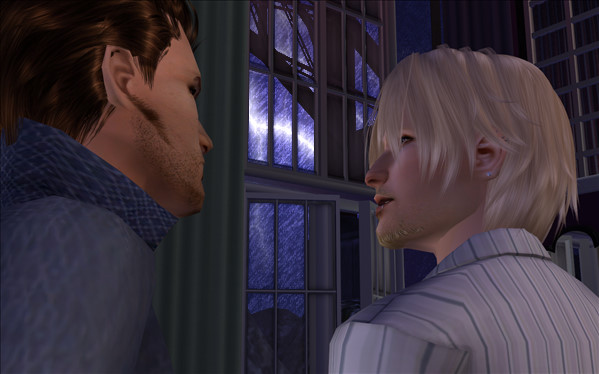 Rob shoved the curtains aside, took two quick strides down into the dark off the stage. He stumbled.

"What the fuck is that?! What the hell is going on?! You set this up!" Alex was beyond enraged as he confronted his friend with a quick shove. Whose side was he on, Cooper’s? He sure as hell wasn’t on his. He took a quick look outside, but he couldn’t see one damned thing through the rain. If she planned this, if Cooper was waiting out there with a big grin on his face, no he couldn’t believe she had, she’d been coming onto him. It made no sense in hell, none of it. 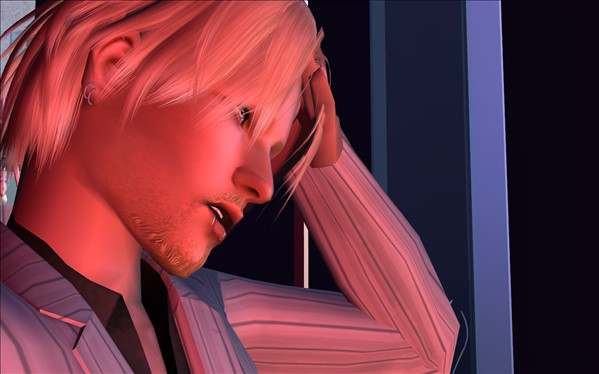 Rob was wet. Picky as ever, he ran his hands through his hair, cool cold collected Rob, some of that control running right down his face along with the rain. Losing it, he turned and snarled like a little white cat. "I didn't set up shit! Ask your god-damned girlfriend what's going on! I'm through. I'm getting out of here. For once in your life, you deal with it." 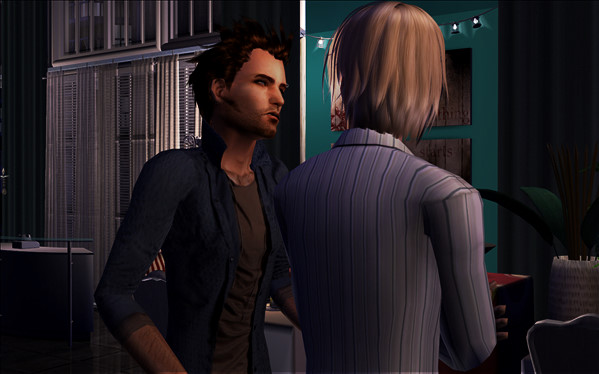 Alex roughly grabbed Rob’s arm, stopped him from walking away, Rob glaring at him, glancing down at his hand and then up again. The dim light flashed red on those damned rings in his lower lip. Lindsey had encouraged him to pierce his lip, and the memory of that old betrayal stirred, knotting in his stomach. It hadn't been Rob, though. Rob wouldn't, but he had this time. “I know you, Rob. You don’t like it when I get involved, I get that, but I know what I’m doing with this one. You stepped way out of line here!” 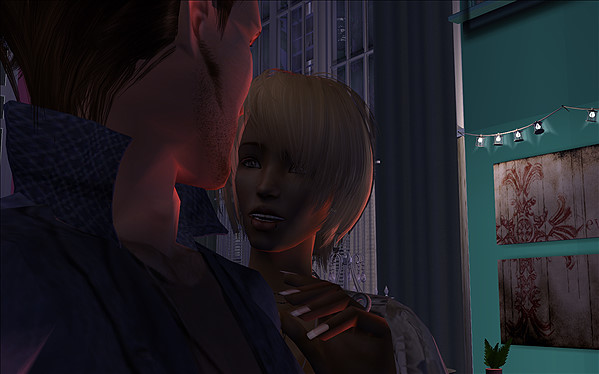 Syd tried to intervene but Alex brushed her grasp off. "Alex, I'm sure - " 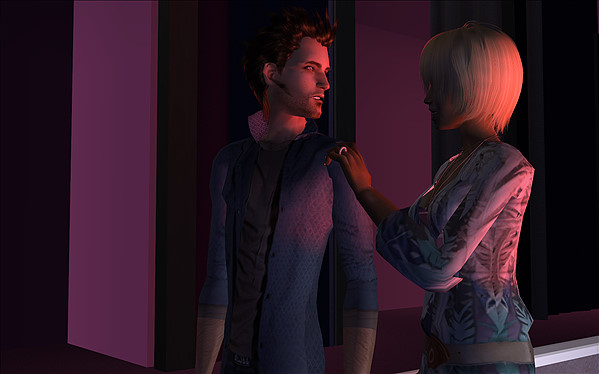 "Sure of what, Syd? Sure you can get him to hop when you yell rabbit? Were you in on this? I'm out of here, fuck both of you!" 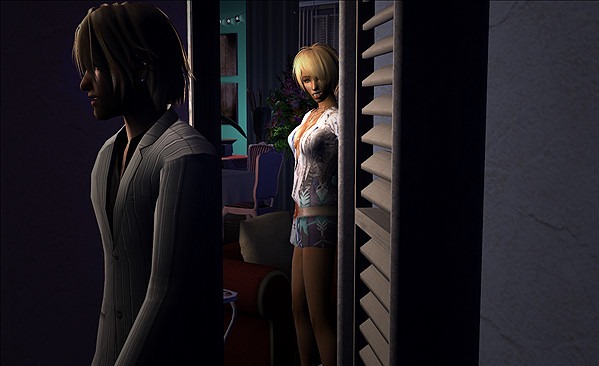 Syd turned to Rob, beseeching, ”Rob, he can’t walk out! Isn't there something you can do?”

Rob looked at her as though he had not heard a word, some kind of half grin on his face and then turned, walking out into the storm. 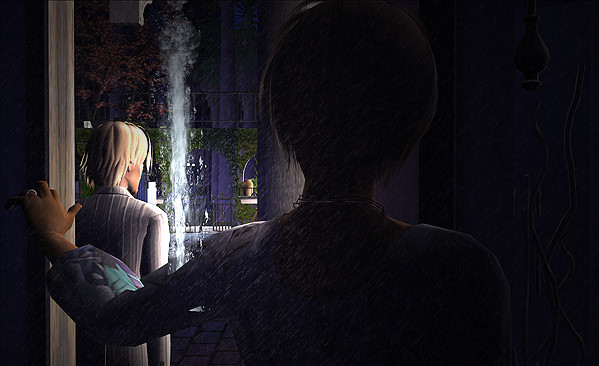 ”Rob!” Sydney stood in the open door. People were grabbing their cocktails, pushing in out of the rain, and some of them were beginning to stare. ”Rob, please, do something!”

Without looking back he retorted, “I just did.” 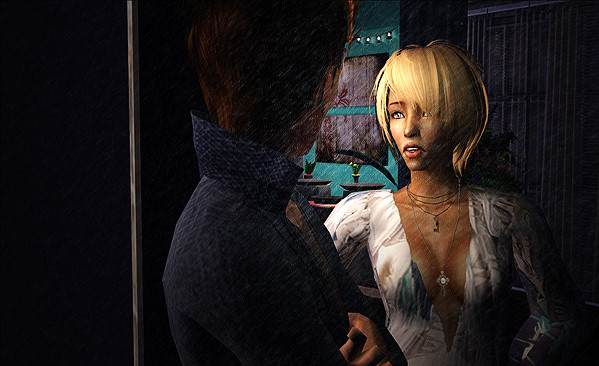 And in one unbelievable desperate moment, Syd looked at Alex. She was fighting for control, and she looked pathetic. "Alex?" 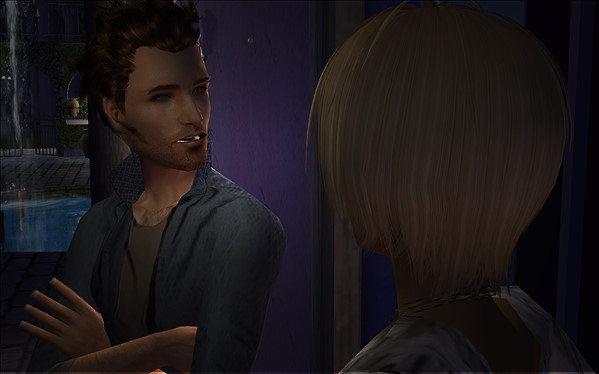 On his way out the door, rain dripping down his neck, rage riding him hard, ripping up ground he thought he'd forgotten, Alex turned back and laughed at her. As angry as he was, it was time Rob walked away from that. "Bitch, don't look at me to save your little party." 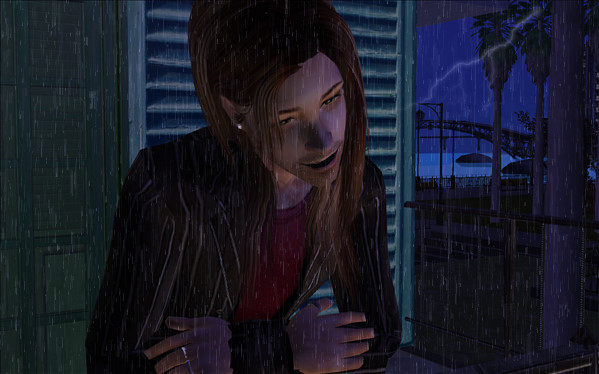 Cooper stood on the upper level looking down. It was hard to control the grin that spread as he watched Beth walk away. He'd spent the last hour in the private bar, avoiding the damned auction, refusing to acknowledge anyone who approached him with any update on any of it, not even when something interesting apparently happened with Rayne. If it was important, he would deal with it later. Then the storm kicked up off the marina and he stepped outside briefly, intending to check on Hugs when he stopped and decided to observe from a distance. 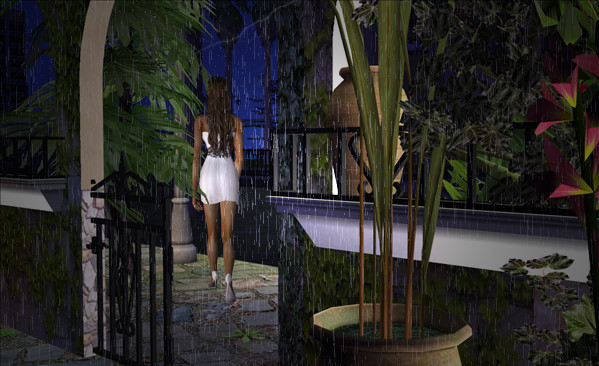 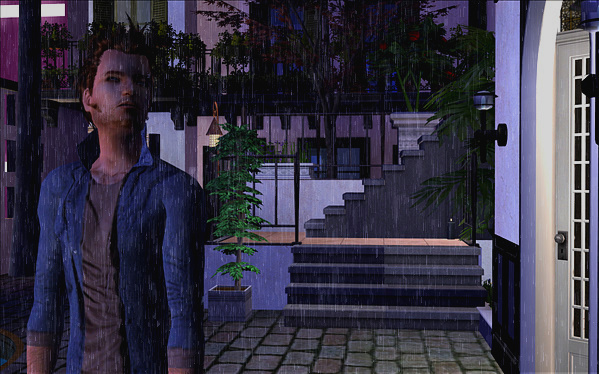 He hadn’t expected her to bid on him, but bidding on Rob...how in hell had she come up with that? She was making some kind of statement, one he was certain was directed at him as much as Alex. Leaning into the rain, watching her walk away, ignoring the storm, owning the storm, watching Alex running around looking like he suddenly realized he'd stepped into the direct path of the lightning bolt... 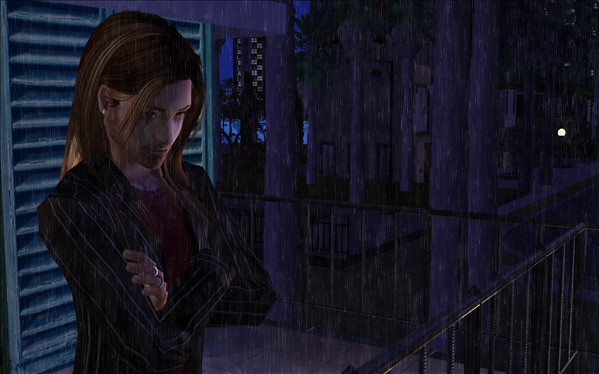